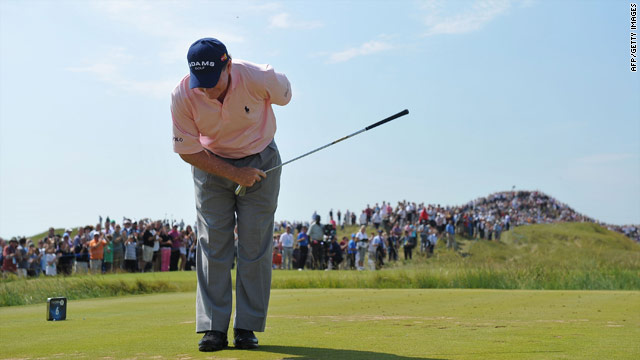 The 61-year-old veteran aced the 178-yard, par-3 sixth hole at Royal St. George's Golf Club, Golf.com reported. The ball bounced once on the green and disappeared into the cup.

The crowd at the green roared its approval, and the fans at the sixth tee gave him a standing ovation. The beaming Watson responded with outstretched arms, followed by a deep, theatrical bow.