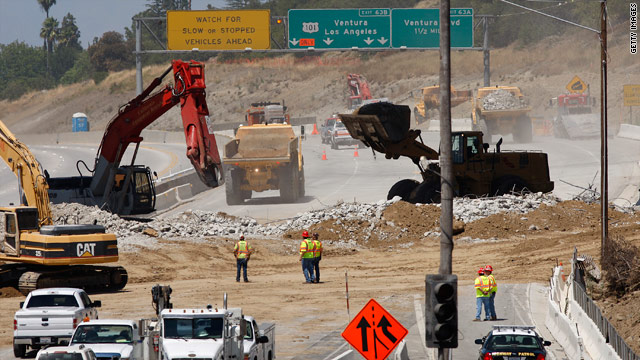 Although the real test of midday traffic was a few hours away, Los Angeles commuters Saturday were either avoiding or successfully navigating roads near a closed stretch of Interstate 405, traffic maps indicated.

But the quiet conditions allowed Metro officials to cancel several late-night trains that were specially added for the weekend, CNN affiliate KTLA reported.

"So far, we're still 'Saturday morning light,' " Mike Miles, the California Department of Transportation's director for Los Angeles and Ventura Counties, said at a morning news conference. "We don't know if that's just because it's Saturday morning or if people were listening to the message" to avoid driving.

"Right now, everything is flowing green," he added about traffic on Los Angeles' highway system.