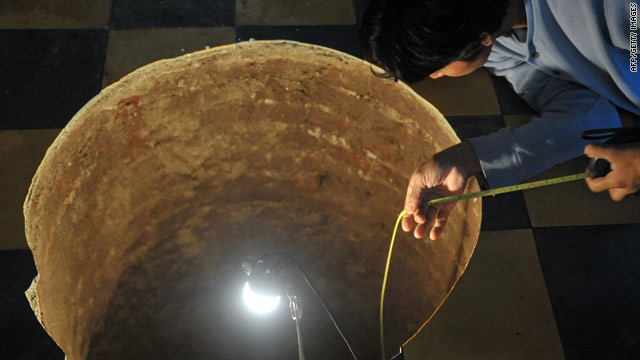 The first step out of bed could have been a big one.

A woman in Guatemala City reports that a sinkhole, 40 feet deep and almost 3 feet across, opened under her bed Monday.

"When we heard the loud boom we thought a gas canister from a neighboring home had exploded, or there had been a crash on the street," Inocenta Hernandez, 65, said in an Agence France-Presse report.

"We rushed out to look and saw nothing. A gentleman told me that the noise came from my house, and we searched until we found it under my bed," AFP quotes Hernandez as saying.

The area is prone to sinkholes.

In May 2010, a sinkhole about 60 feet across and 100 feet deep opened in the area, swallowing buildings and an intersection.

In 2007, another sinkhole claimed three lives in Barrio San Antonio in Guatemala City.

Hernandez told AFP that she is thankful the surprise under her bed wasn't any bigger.

"Thank God there are only material damages, because my grandchildren were running around the house, into that room and out to the patio," AFP quoted her as saying.