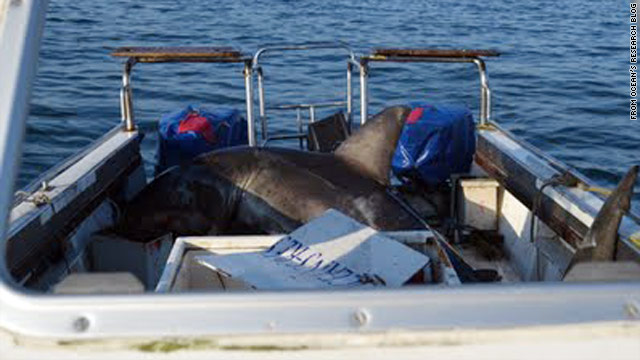 ‚ÄúNext thing I know I hear a splash, and see a white shark breach out of the water from the¬Ýside of the boat hovering, literally, over the crewmember who was chumming on the boat's port side,‚Äù field specialist Dorien Schroder wrote on the blog. He pulled the crewmember to safety while others jumped out of the way of the 1,100-pound shark.

After the¬ÝLaminade towed the Cheetah back to port, a water hose was inserted into the shark's mouth to keep it alive as a fishing boat used its crane to lift the animal by its tail and drop it in the harbor.

10:45 am ET February 1, 2023 RETWEET
Beyonc√© fans are already gearing up for a difficult time getting tickets to her recently announced "Renaissance" wo‚twitter.com/i/web/status/1‚Ä¶DHd
cnni

10:45 am ET February 1, 2023 RETWEET
Beyonc√© fans are already gearing up for a difficult time getting tickets to her recently announced "Renaissance" wo‚twitter.com/i/web/status/1‚Ä¶DHd
cnni