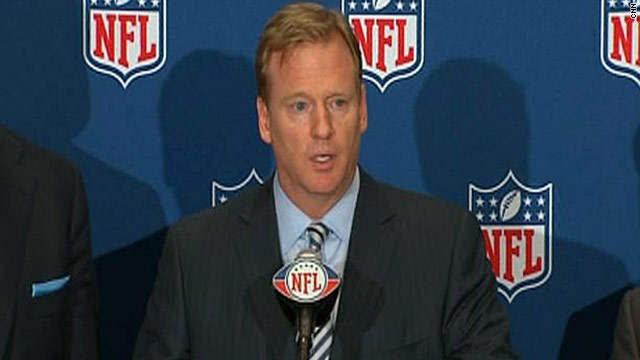 "We will be prepared to open training facilities Saturday," Goodell said Thursday. "It is time to get back to football. That is what everyone here wants to do."

The August 7 preseason Pro Football Hall of Fame Game between the Chicago Bears and St. Louis Rams has been canceled due to time constraints, he said. The regular season is supposed to open on September 8.

The league's 32 owners, who were meeting in Atlanta, agreed to end the current lockout in a 31-0 vote.

Player representatives scheduled an 8 p.m. conference call in which they are expected to discuss recertifying their union, said Coy Wire of the Atlanta Falcons.

"I do feel good" about the prospects, Wire told CNN.

The league's owners imposed the lockout on March 11, suspending the then-labor deal in hopes of creating a new financial structure.

Players dissolved their union at that time. Tom Brady, Drew Brees, Peyton Manning, and seven others filed an antitrust lawsuit against the league on behalf of other current and eligible NFL players. A judge in early April joined that action with another filed by retired players.

The litigation apparently has been resolved, clearing the way for the agreement to be reviewed by the players, the NFL said in a statement Thursday evening.

Since the lockout, the two sides have faced off in courts and around conference tables. The major issues have revolved around how to divide the billions of dollars of revenue reaped via the league each year, rules of free agency, a possible rookie wage scale, retirement benefits and a host of other matters.

The heart of the issue between the players and the owners is how to divide the league's $9 billion in revenue.

Under the old agreement, NFL owners take $1 billion off the top of that revenue stream. After that, the players get about 60%.

The owners say the current labor deal doesn't take into account the rising costs related to building stadiums and promoting the game. The players argue that the league has not sufficiently opened up its books to prove this.

In addition, the owners also want to increase the season by two games, which the players are against because of the risk of injuries.