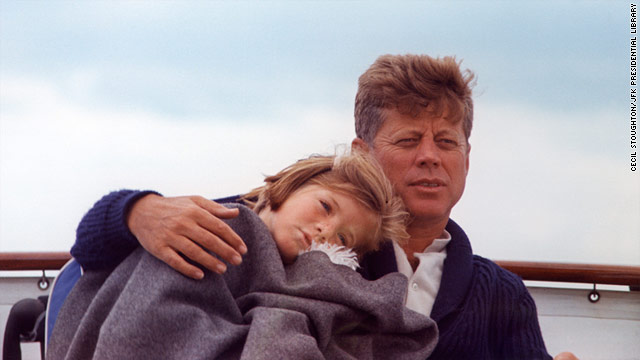 Presidential candidates' maladies at a glance

Much was made of U.S. Rep. Michele Bachmann’s migraines this week, making her the latest in a long string of U.S. presidential candidates whose health has been put under a public microscope.

Candidates with far more life-threatening conditions have pressed on with their campaigns, and some have been elected. Here are some examples of politicians who dealt with serious (or reportedly serious) health issues during their presidential or vice presidential campaigns, with varying degrees of public awareness.

Roosevelt’s paralysis in the legs at age 39 (officially from polio, though the diagnosis has been questioned) wasn't exactly a secret when he ran for president 11 years later. But he and the press didn't go out of their way to emphasize it. He was rarely photographed in his wheelchair, for example. He also got around with canes, leg braces and help from aides, and managed a type of walking by "using his hips to swing his atrophied legs forward," the University of Virginia’s Miller Center says in a Roosevelt profile.

Public appearances, such as one in which he "walked" to a podium in 1928 at the Democratic National Convention to nominate Alfred E. Smith for that party’s presidential nomination, "helped dispel rumors about his illness," the center's profile says.

Roosevelt was struggling with heart and circulatory problems as his third term concluded in 1944, but the World War II president sought re-election anyway. In April 1945, just months into his fourth term and weeks before Germany surrendered, he died of a cerebral hemorrhage.

Two health episodes cast doubt on whether Eisenhower would seek re-election as his first term concluded. The first – a heart attack – happened in September 1955 at age 64 as he vacationed in Denver.

"For several months, as Eisenhower convalesced, the question was whether the president could run again," the Miller Center says in its Eisenhower profile. "But by the beginning of 1956, Eisenhower had resumed a full schedule, and his cardiologist announced that the president was capable of serving a second term."

But in May 1956 – just months before the election, he was diagnosed with Crohn’s disease, or ileitis, and the following month had surgery. The incident "cast momentary doubt on Eisenhower's candidacy, but a routine recovery from three-hour surgery … relieved public apprehensions," The New York Times said in Eisenhower's obituary years later.

He was re-elected, but in November 1957 suffered a mild stroke that for weeks gave him speaking difficulties. He finished his term without any more major health incidents and died in March 1969, eight years after leaving the White House.

Kennedy projected an image of vigor, but he was chronically ill from childhood. His poor health - back problems and Addison’s disease, among other things - caused him to have one of the worst attendance records in Congress, where he served before his 1960 election to the presidency, according to the Miller Center.

"He relied on a steady stream of painkillers and steroids to treat the symptoms of his many ailments," the center's profile on Kennedy says. "Constant back pain would prevent him from lifting even his own small children."

Eagleton, a U.S. senator from Missouri, was the Democrats' vice presidential nominee for less than three weeks in 1972. The reason for the brevity of his stint on George McGovern's ticket: Eagleton was dogged by questions about his treatment for depression.

Addressing rumors of past hospitalizations, Eagleton, after his July 1972 selection, "told reporters that he had been treated and had been treated for ‘nervous exhaustion,'" The New York Times reported decades later in Eagleton's obituary.

"But in response to questions, he acknowledged that the treatment had included psychiatric counseling and electric shocks," the Times reported.

McGovern, who has written that Eagleton told his campaign that nothing in his background would bring trouble, dumped Eagleton in favor of Sargent Shriver. McGovern lost to incumbent Richard Nixon, and Eagleton, then in his first term in the Senate, continued as senator until 1987.

After the Massachusetts politician left the U.S. Senate in the mid-1980s to fight lymphoma, he ran for the 1992 Democratic presidential nomination, saying he was cancer-free.

He won the first primary, in New Hampshire, but took only five more states and lost the nomination to Bill Clinton. In April 1992, Tsongas acknowledged that he’d been treated for a recurrence of his cancer in 1987, though he’d said previously that he’d been without cancer since 1986, according to The New York Times.

In December 1992, he announced that he’d been diagnosed with another type of lymphoma. In January 1997 – days before his term as president would have ended – he died after developing pneumonia and fighting a liver problem related to his cancer treatments, according to the Times.

Age was one issue McCain had to address when he ran for president in 2008. At 72, he would have been the oldest man sworn in for a first term. Another was his medical history: He is a skin cancer survivor.

To allay concerns, the U.S. senator from Arizona released more than 1,100 pages of his medical records to reporters. And his personal physician, Dr. John Eckstein, released a letter saying there is no medical reason "that would preclude McCain from fulfilling all the duties and obligations of the president of the United States."

Still, in a CNN/ORC International Poll released in October 2008, 47% of respondents said they were concerned that McCain would not finish a four-year term as president in good health.

McCain, who won the Republican nomination but lost to Barack Obama in the 2008 general election, won his fifth Senate term last year.