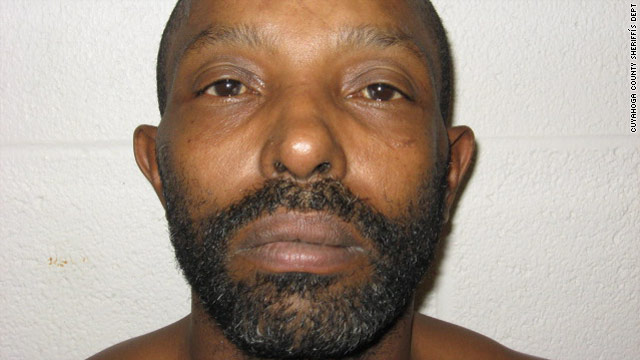 An Ohio jury on Friday found Anthony Sowell guilty in connection with the aggravated murders, kidnappings and sexual assaults of 11 women in Cleveland between 2007 and 2009.

The jury took less than three days to convict Sowell, who pleaded not guilty by reason of insanity to 85 counts, among them, murder, abuse of a corpse, kidnapping and tampering with evidence.

Sowell turned and offered his hands to a sheriff's deputy to be handcuffed as Cuyahoga County Common Pleas Judge Dick Ambrose read the first guilty verdict for the aggravated murder of Tonia Carmichael with a sexual motivation. In the gallery, Carmichael's mother and daughter hugged each other as the verdict was read.

The judge took nearly an hour to read all the verdicts. The jurors found him guilty on 84 counts, with the sole not guilty verdict coming on an aggravated robbery charge.

Investigators discovered the remains of the 11 women - ages 25 to 52 - in Sowell's home beginning in October 2009. Since then, other women have come forward alleging that Sowell attacked them.

11 bodies, one house of horrors: Why Cleveland women were 'invisible'

Police believe the women were easy prey for Sowell, a convicted sex offender who served 15 years for the attempted rape of a woman in 1989. Most of the women had struggled with drug addiction at some point and court records showing that many resorted to stealing and prostitution to support their habits.

With the conviction, Sowell faces the death penalty. Prosecutors received a report from an expert working with the defense, claiming Sowell suffers from several mental illnesses, including obsessive compulsiveness and post traumatic stress disorder, according to CNN affiliate WOIO.