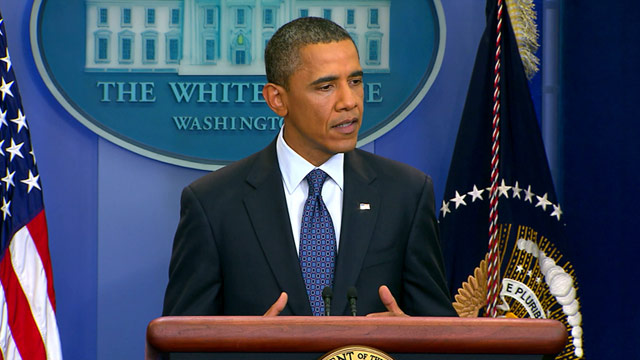 "I have decided to end discussions with the White House and begin conversations with the leaders of the Senate in an effort to find a path forward," Boehner says in a letter to be sent to Republican House members.

President Barack Obama he has told the Republican and Democratic leaders in Congress to come to the White House on Saturday morning to "explain to me how we are going to avoid default" on the nation's debt.

The president said his administration had offered "an extraordinarily fair deal" to cut expenditures and raise revenues, in return for Congress agreeing to hike the nation's debt ceiling. But he said that House Speaker John Boehner "left (him) at the altar" by ending negotiations around 5:30 p.m. Friday.