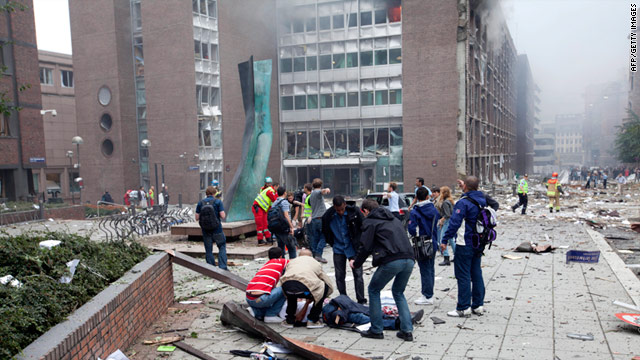 Officials are trying to calculate an accurate death toll from attacks in Norway.
July 25th, 2011
10:42 AM ET

The suspect in the worst attack in Norway since World War II has acknowledged carrying out the attacks and claims to have worked with two other cells, a judge said Monday.

He defended the attacks as necessary to combat the "colonization" of Norway by Muslims, Judge Kim Heger said.

The suspect said he worked with two cells to carry out the attacks, Heger said. Other court officials said they could not confirm the existence of the cells and referred questions to the police.

Heger ordered the suspect to remain in custody for at least eight weeks, until his next scheduled court appearance, as authorities continue to investigate a bombing in Oslo and an attack at a nearby island that together killed dozens of people.