British Prime Minister Boris Johnson is to resign after support from his party drained away, ending a tenure mired‚Ätwitter.com/i/web/status/1‚Ä¶6X

An officer sought a supervisor's permission to shoot the gunman before he entered the school, says a report that ci‚Ätwitter.com/i/web/status/1‚Ä¶Ji 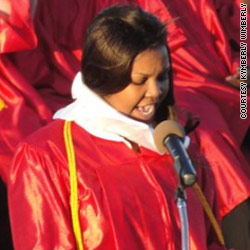 A round of severe storms brought significant damage and a possible tornado to a town in Ohio. cnn.com/2022/07/06/us/‚Ä¶
CNNweather

3:36 am ET July 7, 2022 RETWEET
Watch the moment a woman was rescued from a car in China floodwaters after Typhoon Chaba. cnn.it/3affiPO
CNNweather

11:45 am ET July 6, 2022 RETWEET
The Great Salt Lake dropped to 4,190 feet on Sunday, the lake‚Äôs lowest level on record, according to¬Ýdata from thtwitter.com/i/web/status/1‚Ä¶NLLE9
CNNweather

10:15 am ET July 6, 2022 RETWEET
Carlos Santana was "over-taken by heat exhaustion and dehydration," according to a¬Ýstatement by his management team‚twitter.com/i/web/status/1‚Ä¶DoW
CNNweather

After a miserable couple of months in China, Tesla posted a sharp rebound in sales in June in its most important in‚Ätwitter.com/i/web/status/1‚Ä¶nZ
cnni

8:35 am ET July 7, 2022 RETWEET
British Prime Minister Boris Johnson says he is sad to be giving up "the best job in the world", adding "but them's‚Ätwitter.com/i/web/status/1‚Ä¶8n
cnni

8:16 am ET July 7, 2022 RETWEET
British Prime Minister Boris Johnson says it is "painful" to not be able to see through his full term, but says "in‚Ätwitter.com/i/web/status/1‚Ä¶Wh
cnni

8:14 am ET July 7, 2022 RETWEET
British Prime Minister Boris Johnson announces he will step down once a replacement has been found. Live updates:‚Ätwitter.com/i/web/status/1‚Ä¶RE
cnni

British Prime Minister Boris Johnson is to resign after support from his party drained away, ending a tenure mired‚Ätwitter.com/i/web/status/1‚Ä¶6X
cnnbrk

4:32 am ET July 7, 2022 RETWEET
An officer sought a supervisor's permission to shoot the gunman before he entered the school, says a report that ci‚Ätwitter.com/i/web/status/1‚Ä¶Ji
cnnbrk