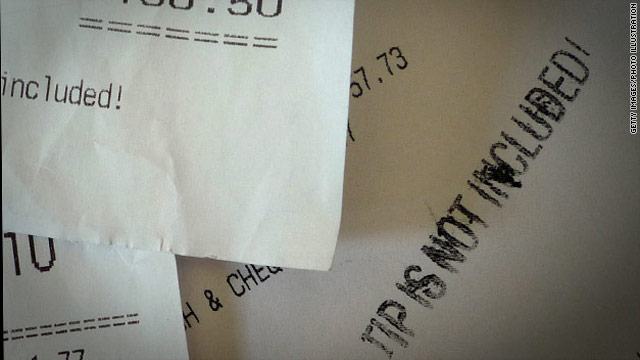 It's not just social pressure that makes people tip at restaurants but also human nature, a study suggests.
July 27th, 2011
08:29 AM ET

Tipping your waiter may be in your genes

Generosity may be evolutionary.

That's the finding of a team of scientists at the University of California, Santa Barbara, who used a series of computer simulations to test whether it is true that humans have become more naturally generous over time, and whether people would commit acts of generosity in situations where there is no foreseeable personal gain.

Their findings, published in the current issue of the Proceedings of the National Academy of Sciences, suggest that generosity is built into human nature and isn't solely a result of social pressure.

"Our simulations explain that the reason people are more generous than economic and biological theory would predict is due to the inherent uncertainty of social life," the paper's co-author Andrew Delton,  a postdoctoral scholar at the university's Center for Evolutionary Psychology, said in a statement.