A 21-year-old Russian soldier is sentenced to life for killing an unarmed man in Ukraine's first war crimes trial sātwitter.com/i/web/status/1ā¦xo

Tiger Woods withdraws from the PGA Championship after shooting his worst-ever score in the tournamentātwitter.com/i/web/status/1ā¦U1

Australian Labor Party leader Anthony Albanese will be the country's next Prime Minister, according to projectionsātwitter.com/i/web/status/1ā¦9C 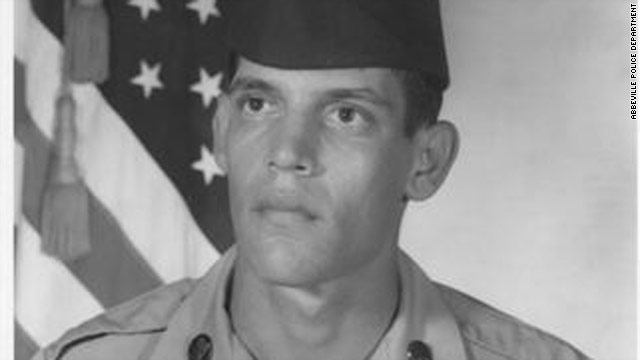 The remains are those of Joseph W. Schexnider, who vanished at age 22 in January 1984, Abbeville police said. His disappearance was noted after he failed to show up for a court hearing on a charge of possession of a stolen vehicle, according to a report fromĀ CNN affiliate WAFB-TVĀ in Baton Rouge. When VermilionĀ Parish sheriff's deputies showed up at his home to take him in to custody, Schexnider's mother said he had fled to avoid arrest.

The remains were discovered in May when construction workers were doing renovations on the Bank of Abbeville, WAFB reported. Tests by the Louisiana State University Forensic Anthropology and Computer Enhancement Services Laboratory established the remains were those of Schexnider, who would be 49 years old now. Authorities say he likely died of dehydration and starvation, reported CNN affiliate KATC-TVĀ in Arcadia-Lafayette.

7:02 am ET May 23, 2022 RETWEET
A 21-year-old Russian soldier is sentenced to life for killing an unarmed man in Ukraine's first war crimes trial sātwitter.com/i/web/status/1ā¦xo
cnnbrk

4:49 am ET May 23, 2022 RETWEET
Tiger Woods withdraws from the PGA Championship after shooting his worst-ever score in the tournamentātwitter.com/i/web/status/1ā¦U1
cnnbrk