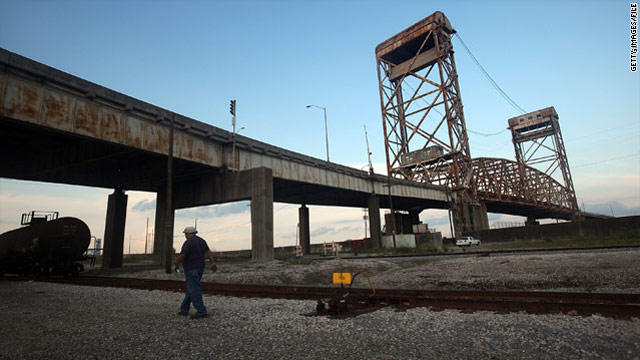 A New Orleans police officer involved in the shooting death of an unarmed, mentally disabled man after Hurricane Katrina said in court Wednesday that he saw civilians with guns on the Danziger Bridge and believed his life was in jeopardy. He is among five current or former officers facing trial in the incident.

In addition to the death of 40-year-old Ronald Madison, teenager James Brisette was also killed during the shooting. Four other civilians were wounded in the incident on September 4, 2005, nearly a week after the hurricane, when much of the city wasÂ underwater and in chaos.

The shooting happened after a dozen officers took a rental car to the bridge after receiving a radio call that police had been fired on and shooters were heading toward the Danziger Bridge, reports say.

"I knew we were going into a bad situation. I just expected to be shot at," Robert Faulcon said, according to Reuters.

He described how he felt once on the scene.

"I became paralyzed with fear, really, that we were going to be shot at," he said, according to Reuters.

Faulcon admitted, under cross examination, that he fired at civilians between him and two men he testified were armed, The New Orleans Times-Picayune reported.

Faulcon and the other officers are charged with civil rights violations related to the shooting and an alleged coverup, according to Reuters.

12:53 pm ET September 22, 2021 RETWEET
â€śIn a statement, Mary Trump said: "I think he is a loser, and he is going to throw anything against the wall he cantwitter.com/i/web/status/1â€¦8oI2
susancandiotti