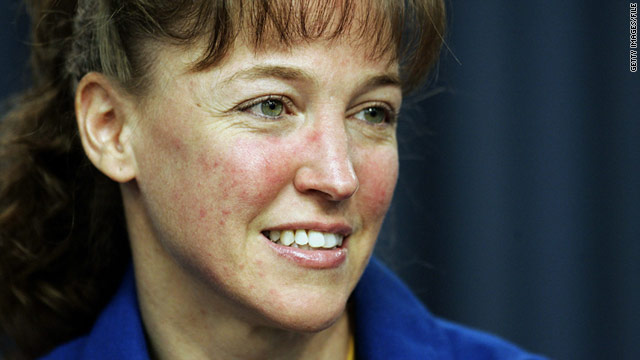 The Navy has approved the retirement of former Astronaut Lisa Nowak with a characterization of service as "other than honorable," a spokesman said Thursday.

Nowak pleaded guilty to felony burglary and misdemeanor battery in 2009 stemming from an attack on a romantic rival in a Florida airport parking lot. The plea deal spared her jail time.

The Navy reviewed records of Nowak's plea deal, her personal background and statements from victim Colleen Shipman, Nowak's retirement was approved, the Navy Office of Information said in a statement.

"Captain Nowak's conduct fell well short of that expected of senior officers in our Navy and demonstrated a complete disregard for the well-being of a fellow service member," Assistant Secretary of Navy Manpower and Reserve Affairs Juan Garcia said.

5:44 pm ET May 13, 2021 RETWEET
Delta Air Lines CEO Ed Bastian tells CNN's Richard Quest that he is optimistic for a surge in US travel this summerâ€twitter.com/i/web/status/1â€¦YT
cnni

5:00 pm ET May 13, 2021 RETWEET
This weather reporter got caught in an on-air graphics error that "multiplied" her across the screenâ€twitter.com/i/web/status/1â€¦Xi
cnni

4:31 pm ET May 13, 2021 RETWEET
US President Biden touted new mask guidance from the US Centers for Disease Control and Prevention as "a great dayâ€twitter.com/i/web/status/1â€¦gM
cnni