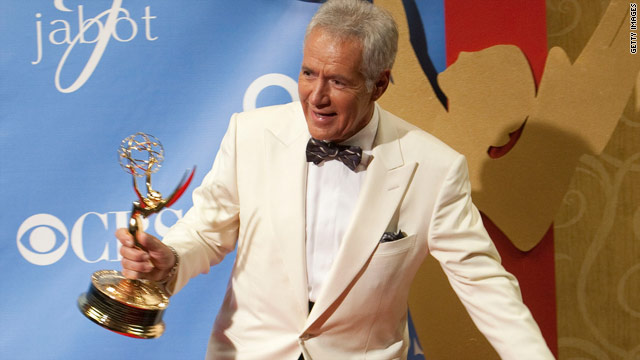 On the Radar: Trebek on the chase, deluge in South Korea, Don in the Gulf, debt vote

Key debt vote - The House of Representatives is set to hold a critical vote Thursday on Speaker John Boehner's debt plan. The vote comes a day after Boehner told fellow Republicans to "get your ass in line," according to two GOP sources. The vote will be a major test for the GOP leadership.

However, a letter from Senate Democrats said the Republican plan has no chance of passing the Senate. For their part, top Republicans called the Democratic plan a nonstarter.Â  If Congress fails to raise the current $14.3 trillion debt limit by August 2, Americans could face rising interest rates and a declining dollar, among other problems.

Storm watch in the Gulf - Tropical storm Don is raging in the central Gulf of Mexico. There is a tropical storm watch for a large portion of the Texas coast. Forecasters say Don should make landfall in Texas by Saturday morning if it continues on its current path.

Heavy rains in South Korea - South Korea is being soaked by record rain. More than 40 people have died as a result of the downpour and landslides. Five neighborhoods near Seoul have been evacuated.

Bravery for $500? - "Jeopardy!" host Alex Trebek injured his Achilles tendon when he fell while chasing a burglar out of his San Francisco hotel room. Police arrested a woman. Trebek assured an audienceÂ  at the National Geographic World Championship that he's going to be fine.