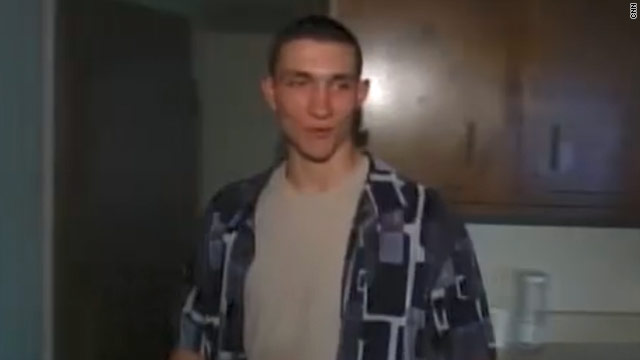 [Updated at 12:58 p.m.] A soldier arrested near Fort Hood, Texas told investigators that he wanted to attack Army soldiers outside Fort Hood, a law-enforcement official said.

[Updated at 11:16 a.m.] The soldier suspected of having bomb-making materials near Fort Hood, Texas, is expected to face federal charges, possibly as early as Thursday afternoon, a federal law-enforcement official said.

[Updated at 11:13 a.m.] A statement on the Fort Hood website acknowledged Pfc. Naser Abdo's arrest but said it had no connection to the base.

"We are aware at this time that Killeen Police Department arrested a soldier yesterday. The incident leading to the arrest did not occur on Fort Hood and the soldier was not a Fort Hood based soldier," the statement said.

Abdo was assigned to Fort Campbell in Kentucky.

Abdo refused to deploy to Afghanistan on grounds of his religion and had put in the paperwork to be discharged as a conscientious objector. The Army approved his request, but he was then charged with child pornography and went AWOL, the official said.

"We have two things that I believe make us American, and that's freedom of religion and freedom of choice," he said in an interview last year.

He said he had to remain true to Islam.

Abdo had put in the paperwork to be discharged as a conscientious objector at Fort Campbell. The Army approved his request, but he was then charged with child pornography and went AWOL, the official said.

CNN spoke with Abdo in 2010 when he was trying to be discharged as a conscientious objector.

Watch what he had to say about the issue:

Pfc. Naser Abdo was assigned to Fort Campbell in Kentucky but was arrested in Killeen, Texas, near Fort Hood, the military base where a 2009 shooting spree left 13 people dead and 32 others wounded.

Killeen police received a call from a gun shop owner about a suspicious man in the store who was asking questions about 40-caliber ammunition and then bought three boxes of 12-gauge ammunition and a magazine for a pistol, the defense official said. He paid cash and left in a cab. He then went to a surplus store and allegedly bought a military uniform.

9:39 am ET September 26, 2021 RETWEET
Spotted In @CityofInglewood Rampage getting down with the ladies of Zumba in the park. The @NFL & @RamsNFL holdingâ€twitter.com/i/web/status/1â€¦hi
sarasidnerCNN