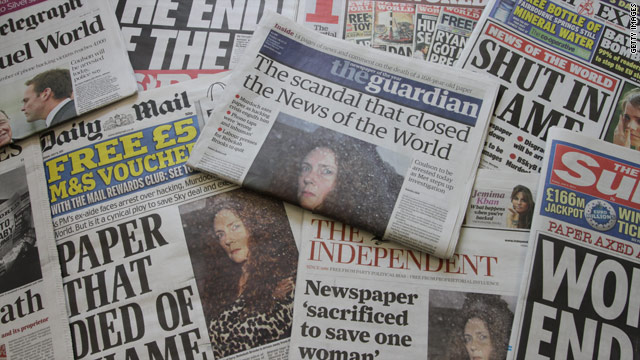 James Murdoch and Rebekah Brooks, who had testified before a British parliamentary committee regarding the UK phone hacking scandal, have been asked to clarify some of their testimony, a lawmaker said Friday.

John Whittingdale said that the parliamentary committee has written letters to Murdoch, Brooks, and others to request "more information" about their testimony. He made the statement at a news conference on another topic.

The request stems from claims by a former editor of the News of the World and the paper's former head of legal affairs, Colin Myler and Tom Crone, that Murdoch had been "mistaken" in his testimony regarding an important piece of evidence.

Myler and Crone also were sent letters from the committee, Whittingdale said. A former News International director of legal affairs who also alleged mistakes, Jon Chapman, was also to receive a letter.

A motion to have Murdoch and the others return to testify in person was voted down by the committee, Whittingdale said.

In her video, this former ER nurse simulates going to the grocery store and she starts off by putting gloves on herâ€twitter.com/i/web/status/1â€¦ar
cnni

6:30 pm ET April 4, 2020 RETWEET
When one inmate was handed two bus tickets and freed, he said he was frightened, not relieved. cnn.it/2RcNeQe
cnni