Anne Heche will be taken off life support today after she was matched for organ donation, a family representative sātwitter.com/i/web/status/1ā¦KQ

A man crashed into a vehicle barricade near the US Capitol Building and fired several shots into the air before takātwitter.com/i/web/status/1ā¦tx

US congressional delegation makes an unannounced visit to Taiwan after an earlier trip by House Speaker Pelosi causātwitter.com/i/web/status/1ā¦xw

At least 41 people were killed after a fire broke out at a church in Giza, according to the Egyptian Coptic Church,ātwitter.com/i/web/status/1ā¦Au

Salman Rushdie's injuries in the attack include multiple stab wounds to his neck and stomach, and a puncture woundātwitter.com/i/web/status/1ā¦9X 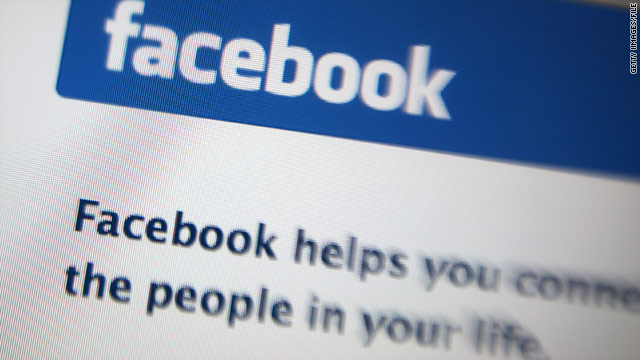 "The law doesn't prohibit social media contact," Cunningham told CNN. "If anybody says it does then they have not read the law," she said. "It just stops exclusivity, we just want those conversations to be available to the parents and school districts,ā Cunningham said.

The controversial section of the law says teachers ācannot have a non-work-related website that allows exclusive access with a current or former student.ā

Tony Rothert, legal director of theĀ ACLUĀ of Eastern Missouri, said his chapter is investigating whether that portion of the law violates the First Amendment rights of teachers.

āThe real danger of the law is that it will chill teachers in engaging in communication not only with students but silence them and prevent them from using the Internet and social networking sites for communicating their personal beliefs about anything really, not just school matters.ā

Rothert said the law appears to curtail freedom of speech, āeffectively taking them (teachers) out from using social networking for political discussions or anything else.ā

The law will be called the āAmy Hestir Student Protection Act,ā in honor of Amy Hestir, a then-13-year-old who was sexually assaulted by her teacher. The law will also govern hiring referrals for teaching candidates as a way to record sexual misconduct by educators and ensure they donāt hop from district to district.

Vicki Sauter, professor of information systems at the University of MissouriāSt. Louis, and a technology advocate who runs social networking workshops for students, said the law is misguided.

āIf weāre going to get through to the kids, my philosophy is that you have to get on their level and talk to them their way,ā she said. āTheir way these days is electronically. What this (law) is doing is taking away a tool that a teacher can use to communicate with their students.ā

Sauter said that she understood the lawās intentions though. āThe other side of it of course is that there are bad people (predators) out there who are going to do bad things.ā

āThere are social media sites like LinkedIn where a student may want to put together a page for their career and get advice from a teacher. With this law they canāt do that, so I think itās short sighted,ā she said.

Todd Fuller, a spokesman for the Missouri Ā State Teachers Association, said the law is a beneficial but creates "some gray areas regarding teacher-student communicationĀ and we think itās going to be clarified within local districts."

The chatter surrounding these tracks is also connected to larger discussions around what we expect from certain artātwitter.com/i/web/status/1ā¦Uv
cnni

The chatter surrounding these tracks is also connected to larger discussions around what we expect from certain artātwitter.com/i/web/status/1ā¦Uv
cnni

Actress Anne Heche has been taken off life support, several days after crashing her car into a Los Angeles home. cnn.it/3AmuxQX
cnnbrk

11:16 pm ET August 14, 2022 RETWEET
Anne Heche will be taken off life support today after she was matched for organ donation, a family representative sātwitter.com/i/web/status/1ā¦KQ
cnnbrk

11:14 am ET August 14, 2022 RETWEET
A man crashed into a vehicle barricade near the US Capitol Building and fired several shots into the air before takātwitter.com/i/web/status/1ā¦tx
cnnbrk

10:05 am ET August 14, 2022 RETWEET
US congressional delegation makes an unannounced visit to Taiwan after an earlier trip by House Speaker Pelosi causātwitter.com/i/web/status/1ā¦xw
cnnbrk