President Joe Biden mourned the deaths of three students in the Michigan school shooting. "As we learn the full det‚Ätwitter.com/i/web/status/1‚Ä¶fp

Surgeon and television personality Dr. Mehmet Oz says he's running as a Republican for a US Senate seat in Pennsylv‚Ätwitter.com/i/web/status/1‚Ä¶IS

US Secretary of State Blinken warns Russian aggression in Ukraine would trigger "serious consequences" as Moscow's‚Ätwitter.com/i/web/status/1‚Ä¶ob 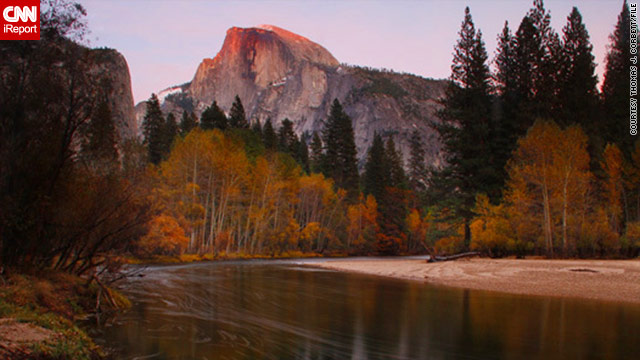 Woman killed in fall from Yosemite's Half Dome

A California woman fell 600 feet to her death Sunday while trying to descend a landmark rock formation at Yosemite National Park, according to park officials.

Hayley LaFlamme, 26, of San Ramon, had hiked with three other people to the peak of Half Dome, a granite formation that rises about 4,800 feet above Yosemite Valley in eastern California. She was descending the cables area - the dome's highest 400 feet, where hikers hold onto fixed metal cables - when she fell, park officials said Monday.

One of her companions called 911 about noon to report the fall, park spokeswoman Kari Cobb said. Park rangers pronounced LaFlamme dead when they found her body, the park said.

6:30 am ET December 1, 2021 RETWEET
The Australian Open's Covid-19 vaccine mandate is about protecting the community, not about "blackmailing" Novak Dj‚Ätwitter.com/i/web/status/1‚Ä¶hy
cnni

6:00 am ET December 1, 2021 RETWEET
Old Spice and Secret antiperspirant and deodorants were voluntarily recalled by manufacturer P&G due to the presenc‚Ätwitter.com/i/web/status/1‚Ä¶Vw
cnni

5:45 am ET December 1, 2021 RETWEET
Students at a Michigan high school described terrifying scenes of barricading doors with desks and escaping out of‚Ätwitter.com/i/web/status/1‚Ä¶Bm
cnni