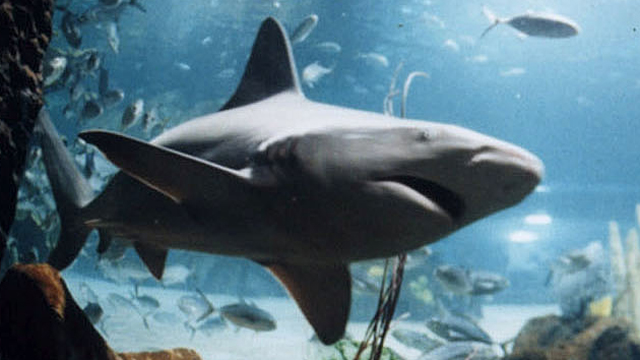 Discovery Channel's "Shark Week" is upon us. In honor of the yearly tradition we have compiled our favorite shark videos.

Synonymous with summer, "Shark Week" has become a staple of many people's summer vacation. Who knew that a string of programming that started in 1987 as filler in between network seasons would turn into a yearly phenomenon followed by millions of diehard shark enthusiasts? Nothing to scare you away from the beach like a week full of endless shark footage, right? Take a trip through shark alley and check out our favorite shark encounters.

Swimming with the big fishes – A kayaker in Florida gets the rare chance to observe a massive basking shark in the wild.

Surfer tapes great white – A surfer in California tapes a great white shark as it swims just feet beneath him.

Shark swims into fresh water river – A fisher catches a bull shark that made its way up the Potomac river.