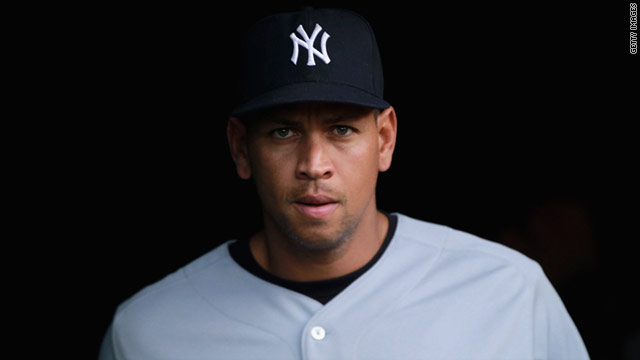 Yankees' A-Rod to be interviewed over illegal poker reports

New York Yankees third baseman Alex Rodriguez will be interviewed in connection with reports that he participated in illegal poker games, an MLB spokesman said Wednesday.

"We take this very seriously and have been investigating this matter since the initial allegation. As part of the investigation, the Commissionerâ€™s Office will interview Mr. Rodriguez," spokesman Patrick Courtney said.

The allegations, which were reported Thursday on RadarOnline.com, citing a Star magazine investigation, accuse Rodriguez of participating in at least two underground poker games. One allegedly was held in the Beverly Hills mansion of a record executive, where "cocaine was openly used" and a fight nearly broke out over a player refusing to pay more than $500,000, the report said.

Rodriguez also reportedly organized his own high-stakes game in Florida that ended with a player calling in "several thugs in a bid to intimidate rival players" after he lost "tens of thousands of dollars," according to the RadarOnline.com story.

Rodriguez could face suspension if his participation in the games is confirmed, ESPNNewYork.com reported, citing an MLB executive speaking on condition of anonymity.

Rodriguez declined comment to the New York Daily News in July, when the allegations first surfaced.

"Mr. Rodriguez has not participated in these poker games," his spokesman, Richard Rubenstein told the newspaper back then.

Rodriguez is currently on the disabled list with a knee injury.