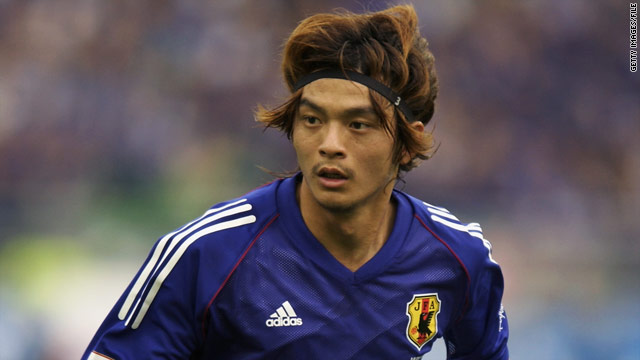 "On behalf of FIFA and the worldwide family of football, I wish to extend our condolences to you, to the Japanese football community and, most importantly, to Naoki Matsuda's friends and loved ones. Please let them know that today the football community stands by their side," Joseph S. Blatter, president of the international soccer's governing body, said in a statement.

Matsuda played 385 Japan Football League games for Yokohama F. Marinos from 1995 to 2010, according to The Japan Times.

The death comes less than three weeks after the Japanese women's national team captured the Women's World Cup in an emotional victory over the favored U.S. team.

9:15 am ET April 13, 2021 RETWEET
A huge statue of Jesus Christ is under construction in southern Brazil, and it will be even taller than its famousâ€twitter.com/i/web/status/1â€¦SH
cnni

8:44 am ET April 13, 2021 RETWEET
Our solar system boasts a diverse range of planets, but some of them may share a common phenomenon with Earth: rainâ€twitter.com/i/web/status/1â€¦UC
cnni