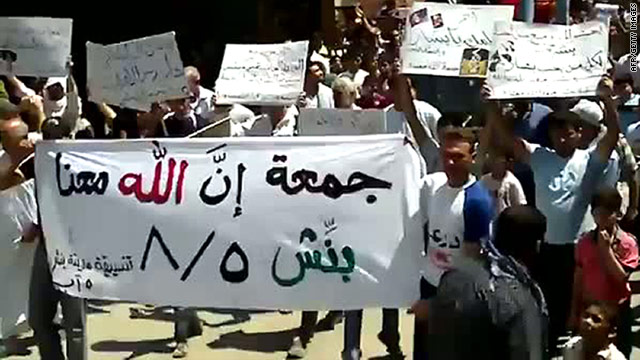 As Syria seethes, protesters chant 'God is With Us'

Violence raged across the Syrian city of Hama as anti-government protesters in other cities took to the streets on Friday against the embattled regime.

Hama endured steady shelling and bombing Friday morning as the government's military offensive continued in full swing said a resident whose name is not being released for safety reasons. The man said casualties occurred.

Elsewhere, opposition members said thousands kicked off marches across the country after Muslim prayers, as they have every Friday for weeks. The theme of protests nationwide Friday was "God is With Us."