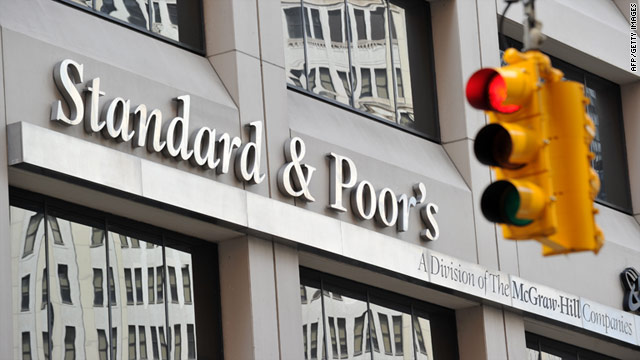 The Obama administration angrily responded to Standard & Poor's decision Friday to downgrade the U.S. credit rating, with one senior official saying the agency's "analysis was way off."

U.S. Treasury officials received S&P's analysis Friday afternoon and alerted the agency to an error that inflated U.S. deficits by $2 trillion, said the administration official, who was not authorized to speak for attribution. The agency acknowledged the mistake, but said it was sticking with its decision to lower the U.S. rating from a top score of AAA to AA+.

"This is a facts-be-damned decision," the official said. "Their analysis was way off, but they wouldn't budge."

The White House is now in wait-and-see mode - hoping the decision and the S&P analysis face outside scrutiny, the official said.

"A judgment flawed by a $2 trillion error speaks for itself," a Treasury Department spokesperson said.

"The downgrade reflects our opinion that the fiscal consolidation plan that Congress and the administration recently agreed to falls short of what, in our view, would be necessary to stabilize the government's medium-term debt dynamics," the agency said.

Former Utah Gov. Jon Huntsman, who is among a field of Republican contenders for the 2012 presidential nomination, attributed the downgrade to "out-of-control spending and a lack of leadership in Washington."

"For far too long we have let reckless government spending go unchecked and the cancerous debt afflicting our nation has spread," he said in a statement. "We need new leadership in Washington committed to fiscal responsibility, a balanced budget, and job-friendly policies to get America working again."

CNN's John King and Dan Lothian contributed to this report.