President Biden will invoke the Defense Production Act, among other actions, in an effort to ease the national babyātwitter.com/i/web/status/1ā¦H6

Dow tumbles over 1,000 points and the S&P 500 is hovering on the precipice of bear market territory as US markets cātwitter.com/i/web/status/1ā¦8R

Secretary of State Antony Blinken says the US has reopened its embassy in Kyiv after it closed three months ago aheātwitter.com/i/web/status/1ā¦TM

US Soccer reaches a historic deal that will provide equal pay for both its men's and women's national teams playingātwitter.com/i/web/status/1ā¦W2 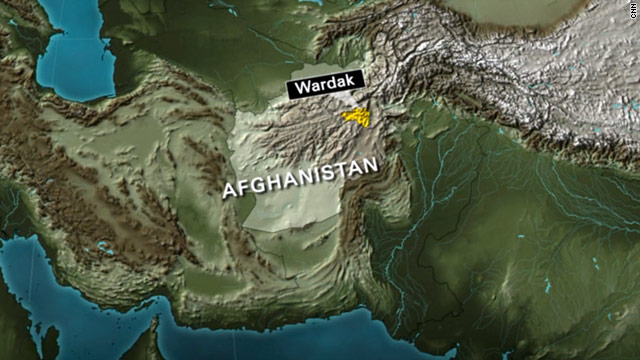 SEALs were going after Taliban leader when helicopter shot down, officials say

The 22 Navy SEALs killed when their helicopter was shot down in Wardak province were part of a mission to go after a known Taliban leader directly responsible for attacks against American troops, two U.S. military officials have told CNN.

According to new information CNN's Barbara Starr obtained, the SEALs who were killed had been called in to assist another unit on the ground pinned down in a firefight. The officials did not know if the Taliban leader had been killed. They declined to be identified because of the sensitivity of ongoing operations in the crash area.

Coalition forcesĀ remain at the crash site in order to remove all the wreckage, and prevent insurgents from taking photos of the scene to use as a "propaganda tool," one official said. Investigators will be examining the wreckage, but the same official said the crash was catastrophic that there may be little to glean from it. The United States had specific reports of enemy weapons activity in the same area at the time of the crash, so officials continue to assume that the Chinook was shot down. One of the officials also said that while the Chinook helicopter has been described as a "conventional" aircraft, it did have all the latest electronic equipment and that the crew had special operations training.

Under Armour said on Wednesday Patrik Frisk would step down from his role as president and chief executive officer,ātwitter.com/i/web/status/1ā¦ge
cnni

10:30 pm ET May 18, 2022 RETWEET
The United States will give Ukraine an additional $215 million in emergency food assistance to help the country batātwitter.com/i/web/status/1ā¦s9
cnni

9:00 pm ET May 18, 2022 RETWEET
Why is Turkey causing problems for Finland and Sweden's plans to join NATO? | Analysis by Jomana Karadsheh and Isilātwitter.com/i/web/status/1ā¦IS
cnni

President Biden will invoke the Defense Production Act, among other actions, in an effort to ease the national babyātwitter.com/i/web/status/1ā¦H6
cnnbrk

4:33 pm ET May 18, 2022 RETWEET
Secretary of State Antony Blinken says the US has reopened its embassy in Kyiv after it closed three months ago aheātwitter.com/i/web/status/1ā¦TM
cnnbrk