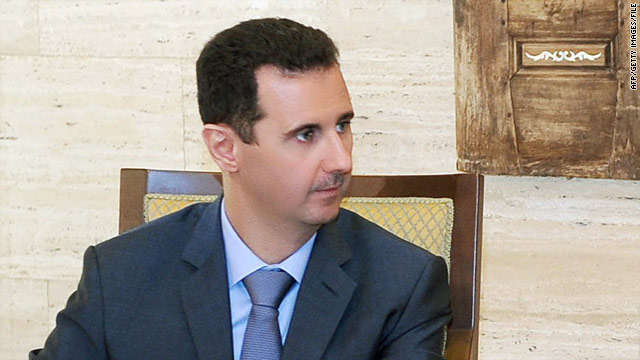 Sources: U.S. close to calling for al-Assad to step down

The United States is moving toward an explicit call for Syrian President Bashar al-Assad to step down, multiple U.S. government sources have told CNN.

Administration officials have been talking among themselves about when would be the most effective time to call on al-Assad (pictured) to step down, several sources over the past week have told CNN. Officials described the White House as being more eager, while the State Department was more cautious about the ramifications should al-Assad not heed the call.