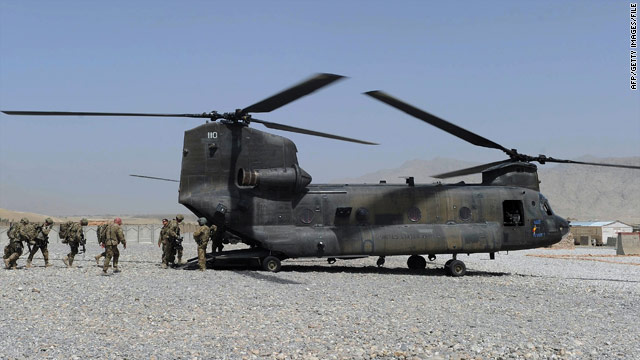 The strike killed Taliban leader Mullah Mohibullah and the insurgent who fired the shot associated with the August 6 downing in the Tangi valley of Wardak province, NATO said.

ISAF said Mullah Mohibullah was a key facilitator in an insurgent attack cell led by Din Mohammad, a Taliban leader killed in a previous Special Operations mission. Mohibullah had as many as 12 Taliban fighters under his command, including potential suicide bombers, ISAF said.

Dolly Parton has revealed that she invested her royalties from Whitney Houston's cover of "I Will Always Love You"â€twitter.com/i/web/status/1â€¦cl
cnni

1:01 am ET August 3, 2021 RETWEET
For the first time, scientists have detected light from behind a black hole, and it fulfills a prediction rooted inâ€twitter.com/i/web/status/1â€¦YG
cnni