Wearing a mask will soon be federally mandated for interstate travelers, according to an executive order signed by‚Ätwitter.com/i/web/status/1‚Ä¶T2

RT @CNNPolitics: The Senate has joined the House in approving a waiver to allow retired Gen. Lloyd Austin to serve as secretary of defense,‚Ä¶

The former head of the Vatican bank, Angelo Caloia, has been sentenced to nearly nine years in prison for money lau‚Ätwitter.com/i/web/status/1‚Ä¶W6

Retired Gen. Lloyd Austin is closer to being the US' first Black defense secretary after the House passed a waiver‚Ätwitter.com/i/web/status/1‚Ä¶V8 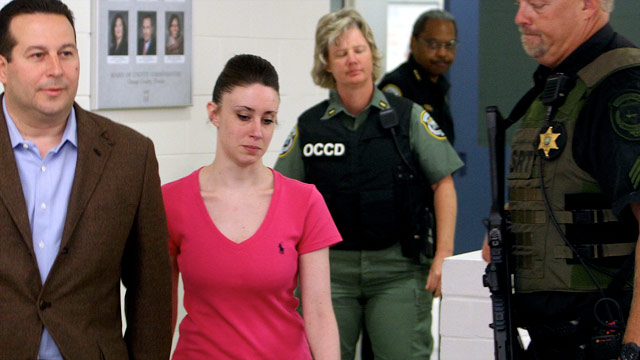 A Florida judge ruled Friday that Casey Anthony must serve one year of supervised probation for a check-fraud conviction.

Orange County Chief Judge Belvin Perry Jr. said Anthony has to report no later than noon on August 26, but that she can report earlier.

Perry also ruled that the Florida Department of Corrections is authorized to keep her address confidential to safeguard her well-being.

Anthony was cleared earlier this year of murder charges related to the death of her 2-year-old daughter Caylee.

But she was convicted in January 2010 of felony check fraud charges, after she admitted she stole a checkbook from her friend Amy Huizenga and wrote five checks totaling $644.25.

Anthony's defense attorney, Lisabeth Fryer, argued that Anthony completed the probation while she was serving time in jail waiting for her trial on the murder charge.

This interview by @andersoncooper with @TheAmandaGorman was wonderful and hopeful and revealing. Anderson said he‚Ätwitter.com/i/web/status/1‚Ä¶4p
sarasidnerCNN