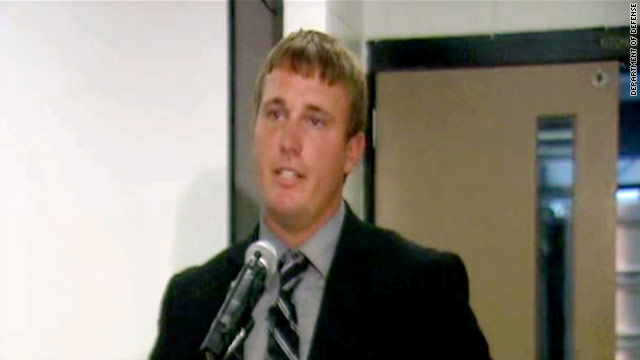 Marine to receive Medal of Honor next month

President Barack Obama next month will present the Medal of Honor to the first living Marine to receive the recognition for actions in Afghanistan or Iraq, the White House announced Friday.

Dakota Meyer was in Afghanistan's Kunar province in September 2009 when he repeatedly ran through enemy fire to recover the bodies of fellow American troops.

He will be honored during a White House ceremony September 15.

Meyer will be the third living Medal of Honor recipient from service in the current war theaters.

4:16 pm ET April 12, 2021 RETWEET
Last week, Brazil saw its deadliest day since the start of the pandemic. The state of Sao Paulo and the city of Rioâ€twitter.com/i/web/status/1â€¦I2
cnni

3:46 pm ET April 12, 2021 RETWEET
This week, Muslims across the US will begin observing another pandemic Ramadan. This year's will be different thanâ€twitter.com/i/web/status/1â€¦yw
cnni