Anne Heche has been in critical condition since her fiery car crash, a new rep for the actress says, correcting a sâ€twitter.com/i/web/status/1â€¦Gr

Olivia Newton-John, the Grammy-winning singer, songwriter and actress who starred in "Grease," has died. She was 73â€twitter.com/i/web/status/1â€¦Bk

Actress Anne Heche is being investigated for misdemeanor DUI and hit and run after a weekend crash that destroyed aâ€twitter.com/i/web/status/1â€¦nD

Texts from conspiracy theorist Alex Jonesâ€™ phone have been turned over to the committee investigating the January 6twitter.com/i/web/status/1â€¦cB1a 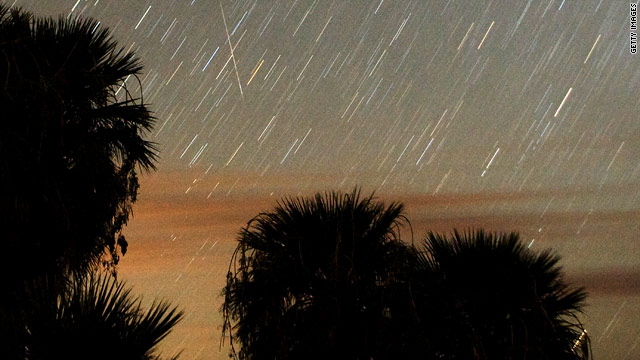 Meteor shower: The Perseid meteor shower will peak for the year overnight, and NASA wants the viewing to be a shared online experience.

While you're chatting, a camera on the Marshall Center in Huntsville, Alabama, will stream pictures of the night sky in search of meteors. NASA says because of a full moon, about 20 to 30 meteors an hour will be visible. Best viewing will be in the northern hemisphere.

The Perseids come from dust and debris left behind the Swift-Tuttle comet. Every August, Earth passes through the comet's debris cloud, and the meteors visible are bits of that debris burning up in the atmosphere.

Minors under the age of 18 must not be on streets in Philadelphia's City Center and University City districts after 9 p.m. In other areas of the city, the curfew remains 10 p.m. for those under 13 and midnight for those under 18.

Violators will be taken home or to police stations and face fines of $100 to $300, Philadelphia police say. Parents of violators will receive a warning for a first offense and could be fined up to $500 for a subsequent offense.

A "flash mob"Â  is a group of people who decide to gather at a given place after organizing via e-mail and social media. The city blames the flash mobs for several assaults by teens on residents in recent weeks. The beatings have left people badly injured.

Police custody death: In a growing controversy over the death of a homeless man during an arrest, a city council in Southern California will meet Friday to decide whether to hire a consultant to review its police department.

Kelly Thomas died last month after what the prosecutor called "a violent and desperate struggle" with police officers in Fullerton.

The Orange County District Attorney and the FBI are investigating the incident, with the latter looking at civil rights violations.

The death of Thomas, a schizophrenic, has led to temporary changes at the local police department.

Police Chief Michael Sellers took a paid medical leave this week amid a call for his resignation from at least one council member.

5:11 pm ET August 8, 2022 RETWEET
In less than two months we have seen at least four historic flood events occur across the country. We answer the quâ€twitter.com/i/web/status/1â€¦Ri
CNNweather

3:30 pm ET August 8, 2022 RETWEET
The climate crisis is melting Greenland down at an unprecedented rate, which â€“ in a twist of irony â€“ is creating twitter.com/i/web/status/1â€¦lEMvP6
CNNweather