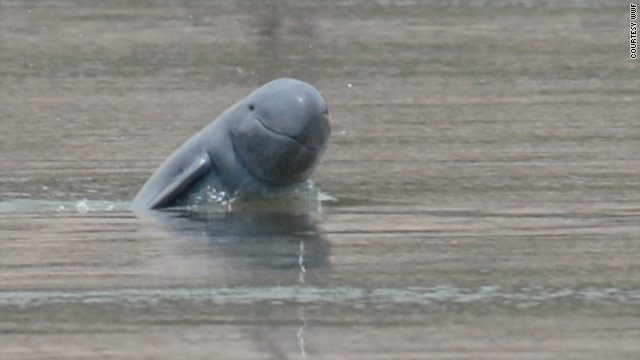 A group of dolphins is on the brink of extinction in part because their calves are not surviving, the World Wildlife Fund reported.

There are 85 Irrawaddy dolphins left in Southeast Asia’s Mekong River, according to the conservation organization.

“Evidence is strong that very few young animals survive to adulthood, as older dolphins die off and are not replaced,” Dr. Li Lifeng, director of the World Wildlife Fund's freshwater program, said in a statement.

Irrawaddy dolphins are found in the Mekong River, the Irrawaddy River in Myanmar and the Mahakam River in Indonesia. While a survey of the dolphins was done only in the Mekong, the World Wildlife Fund reported that in all areas the species is critically endangered.

“These dolphins are at high risk of extinction by their small population size alone,” said Barney Long, the group’s Asian species expert. “With the added threats of gill net entanglement and high calf mortality, we are seriously concerned about their future.”

The danger of the species' extinction extends beyond the animal itself, the group said.

The dolphins are viewed as sacred by the Khmer and Lao people, the World Wildlife Fund noted.

Dolphin-watching ecotourism also is an "important source of income and jobs for communities" in these areas, the group said.