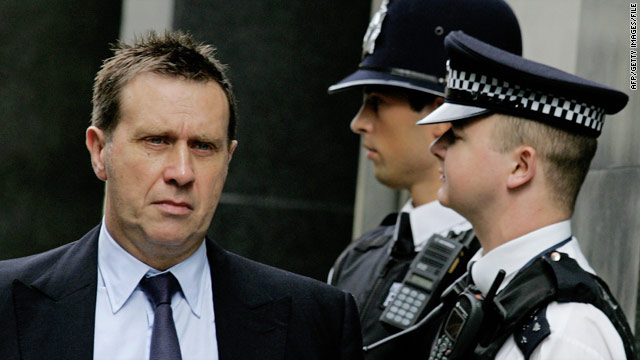 Clive Goodman alleged that "other members of staff were carrying out the same illegal procedures" that he was arrested for.
August 16th, 2011
09:53 AM ET

Ex-reporter: Phone hacking 'widely discussed' at News of the World

Phone hacking was "widely discussed" at News of the World, the royal correspondent jailed and sacked for the practice wrote in 2007, documents released by a Parliament committee investigating the scandal revealed Tuesday.

The letter was among a string of documents released by Parliament's Culture, Media and Sport Committee, which is investigating the scandal.Â  The committee is likely to call News Corp. executive James Murdoch to testify before them again as they try to determine whether he misled them last month about phone hacking at the News of the World newspaper, member of Parliament Tom Watson said Tuesday. Both James and his father Rupert Murdoch and former News International chief executive Rebekah Brooks, who previously edited News of the World, gave evidence to the committee last month.

James Murdoch ordered the closure of the News of the World, Britain's best-selling Sunday paper, in July in the face of allegations of illegal eavesdropping and police bribery by its employees. The scandal has led to the resignation of a number of senior police officers and executives at News International, the British arm of News Corp. which ran the newspaper.

The letter published Tuesday reveals that while fighting his dismissal from the paper, former royal correspondent Clive Goodman alleged that "other members of staff were carrying out the same illegal procedures."

He also wrote that "explicit reference" to phone hacking was "banned."

The copy of the letter published by lawmakers investigating the scandal blacks out the name of the person who banned it.

Six United Airlines employees are asking a US federal judge to block the airline's vaccine requirement set to takeâ€twitter.com/i/web/status/1â€¦TK
cnni

7:38 pm ET September 24, 2021 RETWEET
"You've disgraced this country in the eyes of the world" A US federal judge erupted at a Capitol riot defendant asâ€twitter.com/i/web/status/1â€¦oR
cnni