The CDC plans to share the names of people on flights to the US from southern Africa with health departments. Folloâ€twitter.com/i/web/status/1â€¦6M

A woman's guaranteed right to an abortion is on the line as the Supreme Court hears oral arguments in a case that câ€twitter.com/i/web/status/1â€¦hw

Authorities are at the scene of an explosion near a train station in Munich, Germany. There is no word yet on any pâ€twitter.com/i/web/status/1â€¦Np 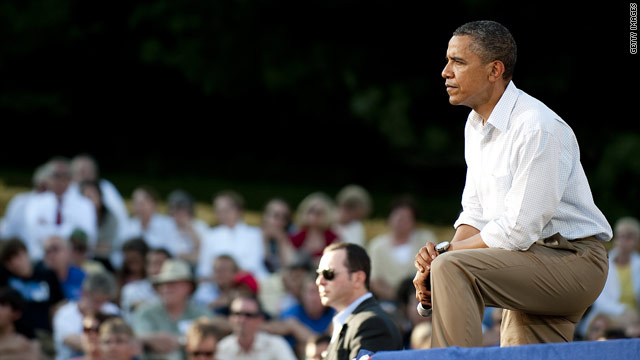 President Barack Obama brings a town-hall style meeting to Decorah, Iowa, on Monday as part of his Midwest tour.
August 16th, 2011
07:57 AM ET

On the Radar: Obama in Iowa, violence in Syria, sweat lodge guru's lawyers in court

President's Midwest tour - On his bus tour's second day in the nation's heartland, President Barack Obama is set to meet with farmers and business owners in Peosta, Iowa, an enclave of about 1,700 people in Dubuque County with a large industrial park and a handful of new businesses. The White House has billed the Midwestern tour as an opportunity for the president to talk about job growth and the effects of national economic policy with people in their own communities. Obama also is scheduled to sit down with CNN's Wolf Blitzer for a one-on-one interview Tuesday.

Syrian coastal city under siege - At least five people were killed Tuesday as more violence erupted in the embattled Syrian city of Latakia, said a resident, who requested anonymity for safety reasons. The regime's military offensive there is among the latest round of clashes in the tense Middle Eastern country. Earlier Turkey and Jordan joined the international call for Syria to halt its violent crackdown on anti-government protesters.

Sweat lodge guru - James Arthur Ray, convicted in the deaths of three participants in an Arizona sweat lodge ceremony, deserves a new trial, his attorneys will argue Tuesday. Ray was found guilty of negligent homicide, but an Arizona jury in June found him not guilty of manslaughter charges. Negligent homicide means a defendant should have known better, while manslaughter suggests that the defendant knew and blatantly disregarded this knowledge. Ray's attorneys will say their client is the victim of prosecutorial misconduct because evidence was not disclosed on time.

The Australian Open's Covid-19 vaccine mandate is about protecting the community, not about "blackmailing" Novak Djâ€twitter.com/i/web/status/1â€¦lf
cnni

11:00 am ET December 1, 2021 RETWEET
China's birthrate in 2020 has hit another record low -- and there's no indication things are about to pick up anytiâ€twitter.com/i/web/status/1â€¦3k
cnni

10:45 am ET December 1, 2021 RETWEET
Twitter has updated its privacy policy so that it can remove images of people that have been posted without their câ€twitter.com/i/web/status/1â€¦HS
cnni

10:15 am ET December 1, 2021 RETWEET
While A-list celebrities like Kim Kardashian and Matt Damon are being paid to promote crypto, one actor is publiclyâ€twitter.com/i/web/status/1â€¦4v
cnni