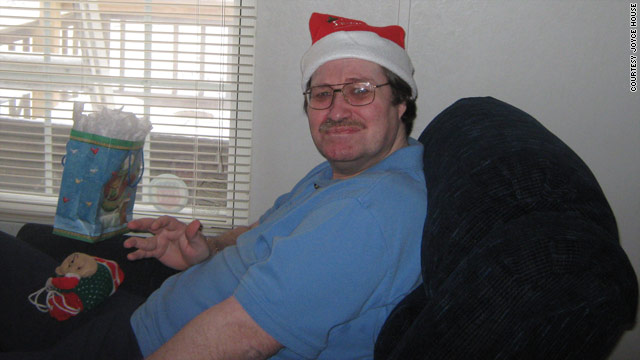 Now, he’s a different person, says his mother, Joyce House. He has new teeth, and an affinity for Arby’s beef-and-cheddar sandwiches has helped him gain weight. Thanks to treatment and medication, he can communicate with others and play online poker. When it’s not too hot outside, he exercises on parallel bars in his mother's backyard so that one day, he can hopefully transition from a wheelchair to a walker.

Most importantly, he has overcome a fear of public scrutiny that had haunted him since his release in 2008, after a U.S. Supreme Court ruling that new DNA evidence could have led a jury to acquit him in the 1985 murder of Carolyn Muncey. House spent 22 years on death row before his release.

His lawyer said he has filed a petition for executive clemency, which would provide for financial compensation. "He’ll never be able to walk, but he still strives to one day reach the walker,” Joyce House said.