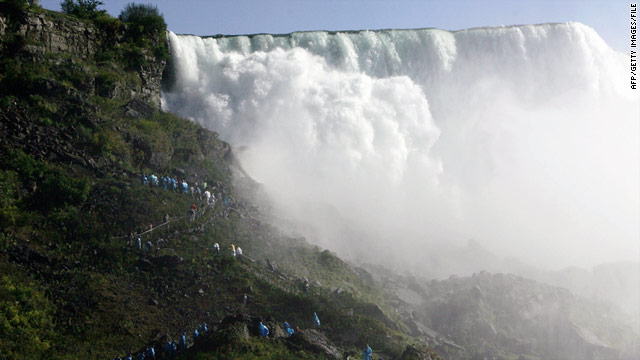 A body pulled from the Niagara River on Thursday has been identified as that of a Japanese student who fell into the river and was swept over the Horseshoe Falls on Sunday, local media report.

"We have received information from the State Parks Police confirming that the found remains from yesterday are those of the missing student that fell into the river," Niagara Parks Police Chief Doug Kane is quoted as saying in the Niagara Falls Review.

The identity was confirmed after an autopsy at the Erie County Medical Centre, according to the Review.

Her body was found Thursday morning in the lower Niagara near the Cave of the Winds, a tourist attraction near the Bridal Veil Falls, according to a report in the Toronto Star. An employee of the park spotted the body, the Star reported.

The 19-year-old student was straddling a railing with an umbrella in her hand and fell above the brink of the Horseshoe Falls on the Canadian side of Niagara, police said earlier this week.

"This is the first accident of its kind I can recall in my 35 years of policing," Kane said at the time.