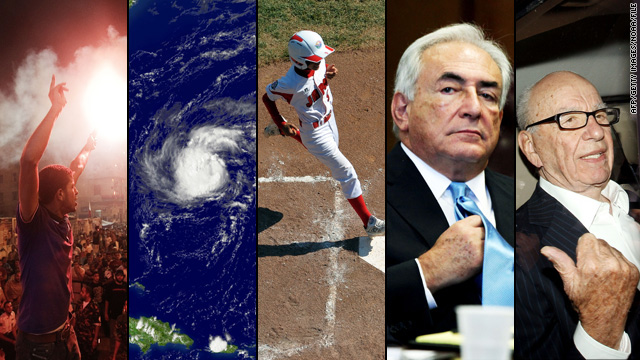 Libyan rebels began clashing with pro-government forces in Libya's capital over the weekend, setting the stage for what could be a defining moment in the country's months-long conflict. Here is a look at this and other stories that CNN plans to follow this week:

Rebel fighters say they were advancing toward ruler Moammar Gadhafi's compound on Sunday, as gun battles and NATO airstrikes were reported in parts of the city. NATO for months has conducted airstrikes in Libya under a U.N. Security Council resolution authorizing force to protect Libyan civilians.

Libyan rebel representatives claimed that rebels captured Saif al-Islam Gadhafi and Saadi Gadhafi, two of Gadhafi's sons, on Sunday. A rebel spokesman in Libya said early Monday that rebels were in control of most parts of the capital, while a Libyan government spokesman said hours earlier that some areas of eastern Tripoli were out of government control Sunday.

END_OF_DOCUMENT_TOKEN_TO_BE_REPLACED

An anchor giving the news this weekend on Libyan state television lifted a gun on air and warned rebels trying to oust Moammar Gadhafi that staffers at al-Libiyah would become martyrs if they had to.

Hala Misrati grabbed a handgun from the top of the anchor desk as news reports said that rebels were advancing toward the Libyan capital of Tripoli.

Al Jazeera English gave this translation: "With this weapon, I either kill or die today.

According to several reports, Misrati has been controversially outspoken about her support of Gadhafi. She previously reportedly referred to al Jazeera as "Swine Jazeera" and accused the news agency of killing its own employees and bombing its own offices. 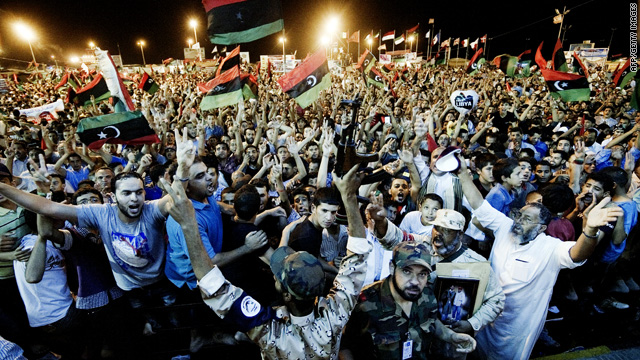 Here are some of the latest developments of the fighting in Tripoli, the latest installment of battles in a months-long uprising in Libya.

[Updated at 11:24 p.m. ET, 5:24 a.m. Monday in Libya] Among the scores of rebel fighters who advanced on  Tripoli are members of the "Tripoli Brigade," a group of rebel troops who'd once lived in the capital who might help navigate the city, reports Sara Sidner. But they weren't all professional soldiers, such as one IT worker who hadn't held a gun before joining the movement a few months ago.

[Updated at 9:20 p.m. ET, 3:20 a.m. Monday in Libya]  The route heading to Tripoli's Green Square - where scores of rebel fighters had gathered early Monday - was "eerily quiet," with cars passing by checkpoints run by those loyal to the opposition, CNN's Sara Sidner reported.