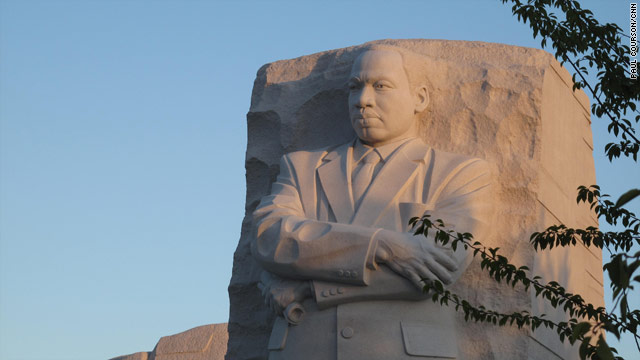 Dedication of King memorial postponed due to Irene

[Updated at 9:15 p.m. ET] Sunday's dedication of the Martin Luther King Jr. National Memorial in Washington has been postponed because of Hurricane Irene's expected advance on the U.S. East Coast, an organizer said Thursday evening.

Harry Johnson Sr., head of the memorial's foundation, said that the last event of a series that had been planned for the weekend would be a national prayer service on Saturday. The dedication of the memorial will be moved to a still undetermined date in September or October, he said.

Johnson and other organizers had said five hours earlier that the dedication would go forward as scheduled. But Thursday evening, Johnson told reporters that foundation officials changed their mind, deciding to postpone the event out of concern for visitors‚Äô safety, after consulting with officials and forecasters tracking the storm.

"The obvious reason why we‚Äôre making this announcement is to allow those folks who have not yet travelled here the opportunity not to come in harm's way," Johnson said. "We're also offering up the opportunity for those who are here, that if they want to try to leave, they can leave before the weather gets bad on Saturday."

President Barack Obama was scheduled to dedicate the site, near Washington's Tidal Basin between the Lincoln Memorial and the Jefferson Memorial, in a ceremony starting at 11 a.m. Sunday.

The National Hurricane Center on Thursday issued a hurricane warning for coastal North Carolina, saying that Irene - a Category 3 storm pounding the Bahamas on Thursday afternoon - could be near North Carolina on Saturday.

A tropical storm watch has been issued for Washington, according to the National Weather Service, which said the storm could affect the area with tropical-storm force winds late Saturday through early Sunday.

The governors of Virginia, Maryland and three other states have declared emergencies ahead of the storm.

The site of the 30-foot granite sculpture of the late civil rights leader Martin Luther King Jr. opened to the public Monday. Groundbreaking took place in November 2006, and Sunday's planned dedication is timed with the 48th anniversary of the March on Washington, where King delivered his historic "I Have a Dream" speech.

Weather permitting, the memorial site will be open Friday from noon to 10 p.m. and on Saturday from 8 a.m. to noon, Johnson said.

- CNN's Paul Courson and the CNN Wire Staff contributed to this report.