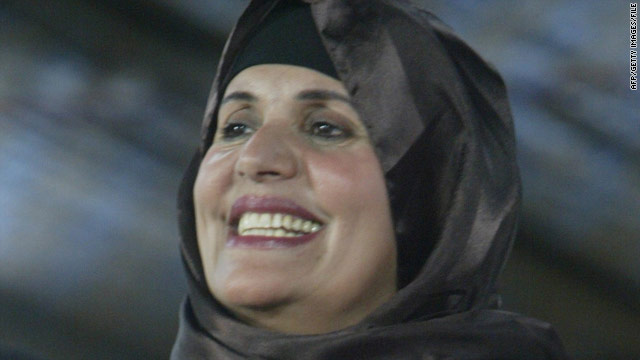 The wife and three children of Moammar Gadhafi are in Algeria, that nation's Foreign Ministry said Monday.

His wife Safia, his daughter Aisha and two of his sons, Hannibal and Mohamed, came to Algeria via the Libyan border.

U.N. and National Transitional Council officials were informed of the development, the ministry said.

Aisha, a former U.N. goodwill ambassador who has kept a low profile during Libya's violent uprising, is due to give birth in early September, sources close to her family said.