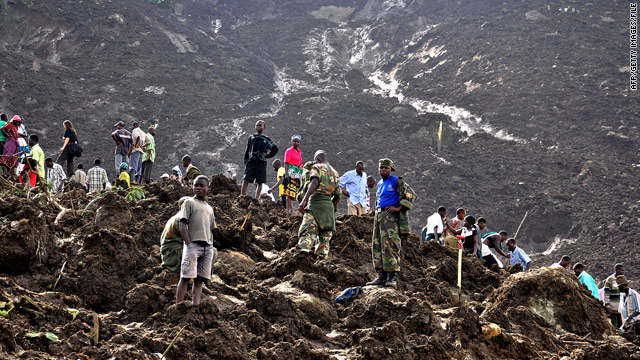 Landslide kills at least 23 in Uganda

Two people have been rescued, but the death toll is expected to rise as rescue crews scour through the site in Bulambuli district.

Bulambuli district is about 300 kilometers northeast of the capital, Kampala.

At least 106 people were killed during a landslide last year in Uganda's Bududa district (pictured).