NASA astronauts splashdown in the Gulf of Mexico after a historic mission aboard the SpaceX Crew Dragon capsule. Foâ€twitter.com/i/web/status/1â€¦n4 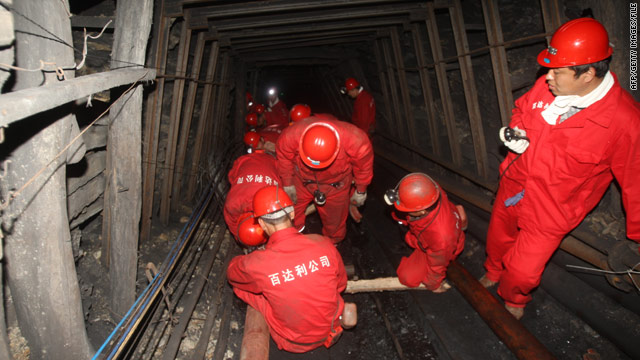 Rescuers struggling to save 22 miners trapped underground in northeast China's Heilongjiang Province reported hearing "knocking sounds" within the mine early Monday, according to state-run media.

The report from the Hengtai coal mine, which has been flooded for a week, came about 2 a.m. after rescuers knocked on the sides of a 900-foot-deep hole that was drilled Sunday to make contact with the miners. The knocking is believed to be a response from the miners, Xinhua reported.

Relief supplies including food, a lamp, pen and paper were lowered down the hole, and something shook the rope to which the package was tied, but when rescuers brought the package back to the surface, it remained unopened, Xinhua said.

Forty-five miners were working Tuesday when the flooding occurred. Nineteen miners escaped, Xinhua reported, and rescue workers are attempting to pump water out of the mine.

Three miners were rescued Saturday, and the body of a dead miner was brought to the surface early Sunday.

Li Guiying, 43, a wife of one of the miners, told Xinhua that her husband earns about 6,000 yuan ($940) a month and is the breadwinner for their family, which includes two children, 4 and 12.

"What should I do if he dies?" Li asked.

The news agency reported that Hengtai mine is one of many operating illegally, despite government attempts to shut down outdated mines. The mine was ordered closed in 2007, but the owner reopened the mine without permission earlier this month, Xinhua reported, citing the local work safety bureau.

Two officials have been sacked over the incident, which occurred when miners accidentally drilled into a neighboring mine, Global Times reported.

A Minnesota zoo is mourning the death of a beloved polar bear named Buzz cnn.it/33klKip
cnni

6:00 am ET August 3, 2020 RETWEET
A 28-year-old woman received the first known double-lung transplant in the US after battling Covid-19â€twitter.com/i/web/status/1â€¦Us
cnni

5:10 am ET August 3, 2020 RETWEET
Across Latin America, skyrocketing new infection numbers are reaching even the highest circles, a sign of how pervaâ€twitter.com/i/web/status/1â€¦6e
cnni

5:00 am ET August 3, 2020 RETWEET
"It's extraordinarily widespread." The US has entered a "new phase" of the coronavirus pandemic, a top expert saysâ€twitter.com/i/web/status/1â€¦t5
cnni