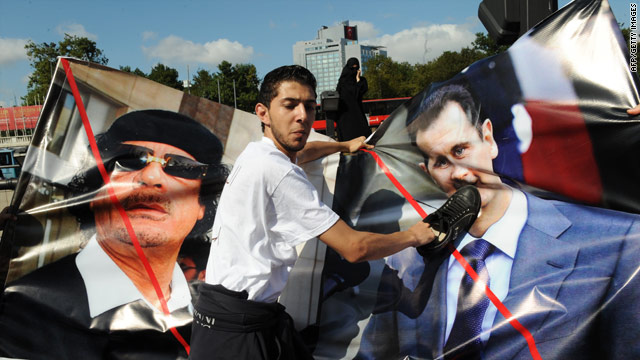 Turkey: No confidence in Syrian government

Syria's ferocious crackdown against demonstrators persisted on Monday, but its tough actions against civilians are shattering its once-close relations with neighboring Turkey.

Military and security forces Monday stormed the town of Sarmin, in northwestern Idlib province, said the Syrian Observatory for Human Rights, an activist group with a network of contacts across the country.

Five people died, including a child, and more than 60 people were wounded. Dozens of people have been arrested, they observatory said.

Researchers have created the world's smallest boat, measuring just 30 micrometers in length, so small it could sailâ€twitter.com/i/web/status/1â€¦yp
cnni

3:01 am ET October 29, 2020 RETWEET
Saturn's largest moon, Titan, is the only moon in our solar system that has a thick atmosphere. It's four times denâ€twitter.com/i/web/status/1â€¦Ss
cnni