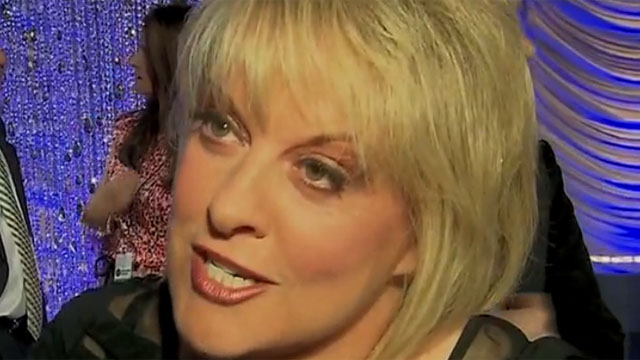 The nation's most popular celebrity dancing show is ready to launch with a new crazy cast of characters. The upcoming season of "Dancing with the Stars" will include HLN's own courtroom diva Nancy Grace along with personalities like Chaz Bono, actor David Arquette and basketball star Ron Artest. We'll have to wait to see who two-steps away with the Mirrorball trophy, but you've gotta watch these most memorable "Dancing with the Stars" personalities.

Nancy full of grace – Nancy Grace may be the most surprising addition to the "Dancing with the Stars" cast. But don't let this former litigator's tough exterior fool you. She says she has a lot of heart and that's what will bring home the gold.
[cnn-video url="http://www.cnn.com/video/#/video/showbiz/2011/08/30/dwts.new.cast.reveal.cnn"%5D

Kirstie Alley's big fall – Fans loved Alley on "DWTS" because she offered so many memorable moments, but it was her fall and quick recovery during a performance that cemented her favorite status.
[cnn-video url="http://www.cnn.com/video/#/video/bestoftv/2011/04/05/exp.dwts.kirstie.alley.fall.hln"%5D

Osmond faints – "DWTS" arguably had its scariest moment when Marie Osmond fainted as the judges critiqued her routine. The audience gasped, but Osmond made a quick recovery and eventually made it to the finals.
[cnn-video url="http://www.cnn.com/video/#/video/showbiz/2007/10/23/marie.osmond.faint.cnn"%5D