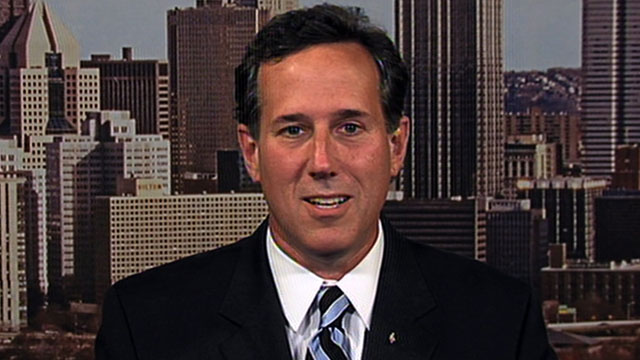 He's the GOP presidential hopeful trying to make headway in field that's been dominated with talk of Mitt Romney and Rick Perry. This week, Rick Santorum is making headlines for slamming CNN's Piers Morgan for calling him a bigot. Get to know this Republican and check out the feisty response he gave to Penn State students here.

Who are you calling a bigot? – CNN's Piers Morgan asked Santorum about his views on homosexuality. Morgan questioned whether Santorum's views bordered on bigotry.
[cnn-video url="http://www.cnn.com/video/#/video/politics/2011/09/01/piers-santorum-gay-marriage.cnn"%5D

Immoral doesn't equal illegal – Even though Santorum says his Catholic faith is the reason he is against gay marriage, he said he doesn't believe the government has the right intervene.
[cnn-video url="http://www.cnn.com/video/#/video/bestoftv/2011/08/31/exp.piers.santorum.gay.marriage.cnn"%5D