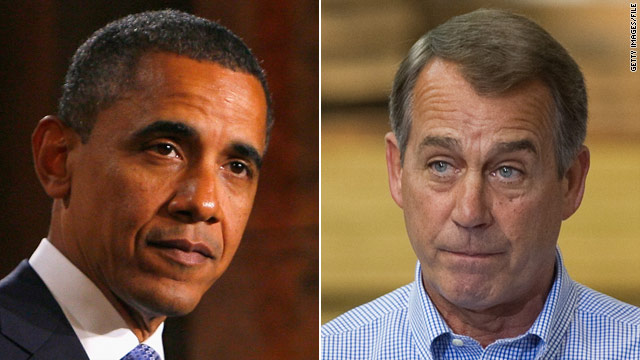 President Obama intended to address Congress on September 7 on the urgency of creating jobs and growing the economy. House Speaker John Boehner recommended moving the address to September 8, and the president agreed. Arguments abound over whether the scheduling and rescheduling of the speech was simple logistics or a power play on one or both sides. CNN.com reader comments were similarly divided. Some wondered what all the fuss was about.

chapkom asked, "How in the nine hells is a reasonable request to accommodate security procedures 'a political showdown'? Seriously. Boehner made a request and Obama said 'OK.' How is that a showdown? The media need to grow up."

XsamiX said, "I was a huge, huge Obama supporter; worked his campaign like a full-time job. But like all of America I have watched him become a Milquetoast."

But Senior Political Analyst David Gergen commended the White House for its quick action, saying that when a president speaks before Congress, he does so as their guest: It was proper for President Obama to accede to Boehner's request, Gergen says. The more important issue, he writes, is whether we will actually now see action on jobs. He suggests the president come forward with a detailed plan that he strongly favors and then let the Republicans come to the White House in 10 days with their own.

Joejava said, "The game is afoot, my dear Watson!" personalpod said, "Someone is going to pay an arm and a leg for this crime, I can tell you." whitespatula said, "And the perpetrators have a leg up over local authorities." Joejava said, "If evidence warrants, Vancouver police will go toe to toe with this criminal."

Blammie said, "They find a severed foot and say 'foul play is not suspected'?" gremlinus replied, "People fall off boats. Fall over cliffs. Accidents happen to people. Six in four years is not a lot, especially considering the location. If it were six in six months I might be a little more suspicious.

gremlinus said, "It could happen postmortem something like this: Fish (or other marine creature): 'Oooooh look! food!' nibble, nibble, nibble. Bite." Albie621 said, "This is actually a relatively common occurrence. What happened to the deceased can only be speculated on, but they might have just drowned. Over time the body begins to decompose and sea life eats it. Once the foot breaks free it floats to the surface because shoes float. I've seen this explanation on some mystery-solving show on either Discovery or History Channel."

Fatbat said, "They've identified four feet from three persons already and concluded that they weren't murdered. The other feet could have come from as far away as Japan or Hawaii carried to the West Coast by the ocean's currents."

Joejava added, "As an added footnote to this story ..." personalpod said, "This week only, half off pedicures in and around False Creek area. ... and if several non-matched white and gray socks show up, size 10, I have a Kenmore dryer that may be the key to teleportation."