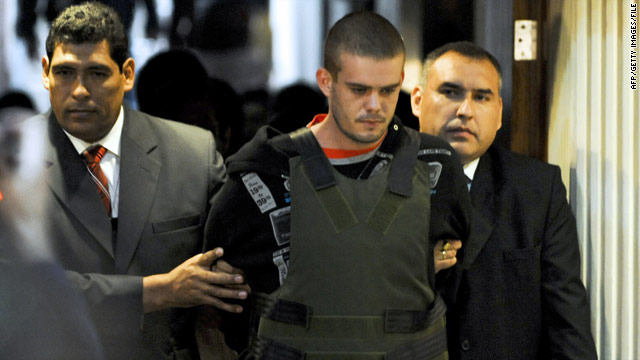 Peruvian authorities have charged Joran van der Sloot with murder in the case of the death of a Peruvian woman.

CNN partner InSession reports that prosecutors are asking for a 30-year jail sentence and a restitution payment to the victim’s family of about $73,100.

Prosecutors have also charged three Peruvian drivers who allegedly took Van der Sloot across the border to Chile as he was trying to flee the country. They are asking for a five-year jail sentence and a restitution payment to the state of about $ 1,800, InSession reports.

"This is what we were expecting from the prosecutor's office given the high profile nature of this trial. We think 30 years is too much for this crime since it was an isolated incident without any further acts of violence. We have had cases in Peru under similar circumstances that have gotten less than 25 years,” said van der Sloot's attorney, Luis Jimenez Navarro.

No date has been set for trial.

Van der Sloot was once the prime suspect in the disappearance in Aruba of American teenager Natalee Holloway, who vanished at age 18 while on a graduation trip. He was arrested twice but never charged in connection with her disappearance.