The Emir of Kuwait, Sheikh Sabah Al-Ahmad Al-Jaber Al-Sabah, has died at the age of 91 after ruling the Gulf stateâ€twitter.com/i/web/status/1â€¦69

An earthquake with a preliminary magnitude of 7.0 struck Sunday morning off the southern tip of the South Pacific archipelago of Vanuatu, the U.S. Geological Survey said.

The quake struck about 75 miles (122 km) southeast of Isangel, the administrative capital of the island of Tanna, and 134 miles (217 km) northeast of New Caledonia's Loyalty Islands.

A tsunami alert has not been issued for the South Pacific or the U.S. western coast. 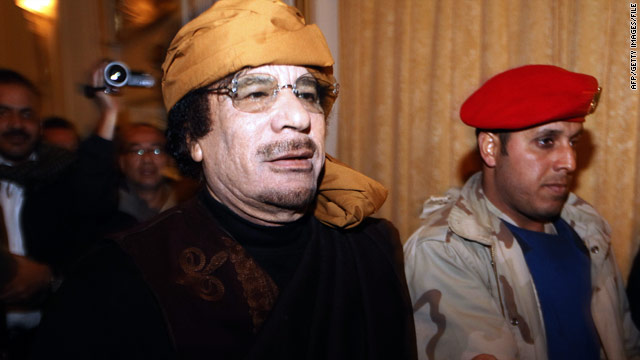 Documents seized at the Libyan intelligence headquarters have revealed a surprisingly close relationship between the CIA and their counterparts in the regime of Moammar Gadhafi.

They highlight the cooperation between Libya and Western intelligence agencies after Libya ended its weapons of mass destruction program in 2004. They also shed light on the West's controversial rendition program - the questioning of terror suspects in third-party countries.

CNN saw documents in the former office of Libya's external security agency and received material from Human Rights Watch on Saturday. They are from 2004 and 2005.

A longtime revolutionary, he fought alongside Fidel and Raul Castro in the guerrilla war that brought the two brothers to power in January 1959. 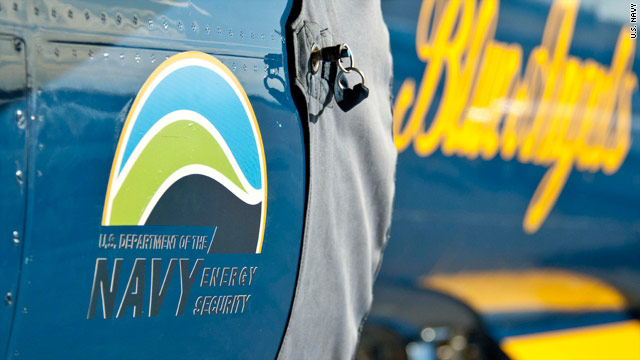 Blue Angels to fly on biofuels

When the six F/A-18 Hornets in the U.S. Navy's Blue Angels flight demonstration team thrill the crowds at the Naval Air Station Patuxent River Air Expo in Maryland this weekend, they'll be soaring on biofuel.

Each of the six Hornets will be powered by a 50/50-blend of jet fuel and camelina-based biofuel, according to a Navy press release.

Camelina is a high-oil flowering plant grown in rotation on land used for wheat and on land too marginal for food production, according to Sustainable Oils, the company providing it to the military. Sustainable Oils says camelina can also reduce carbon emissions by 80% over jet fuel.

The camelina mix has been successfully tested in several military aircraft, including the Air Force's A-10 Thunderbolt, F-15 Eagle, F-22 Raptor and C-17 Globemaster, as well as the Navy F/A-18. Two Air Force F-16s from the Thunderbirds demonstration team flew with the mix during a performance in May, the service and Sustainable Fuels said.

"This will be the first time an entire unit has flown on a biofuel mix," Navy Secretary Ray Mabus said in the Navy release. "Changing the kinds of fuels we use and the way we use them is critical to assuring the Navy and Marine Corps remain the most formidable expeditionary fighting force the world has ever known."

By 2016, the Navy plans to deploy the Great Green Fleet, an aircraft carrier strike group powered entirely by non-fossil fuels, Mabus has said.

RT @AprilDRyan: Not cool @realDonaldTrump is making reporters take their masks off to ask questions at this press conference
sarasidnerCNN

10:45 am ET September 29, 2020 RETWEET
Britain left the European Union eight months ago. Nothing much changed for most people back then, but Brexit is nâ€twitter.com/i/web/status/1â€¦6Z
cnni

10:44 am ET September 29, 2020 RETWEET
An intense argument recorded and posted in a WhatsApp group has led to a death penalty sentence and a family torn aâ€twitter.com/i/web/status/1â€¦PJ
cnni

10:31 am ET September 29, 2020 RETWEET
Shingles, maskne, migraines and quarantine fatigue: The stress of the pandemic has manifested in a variety of physiâ€twitter.com/i/web/status/1â€¦W5
cnni