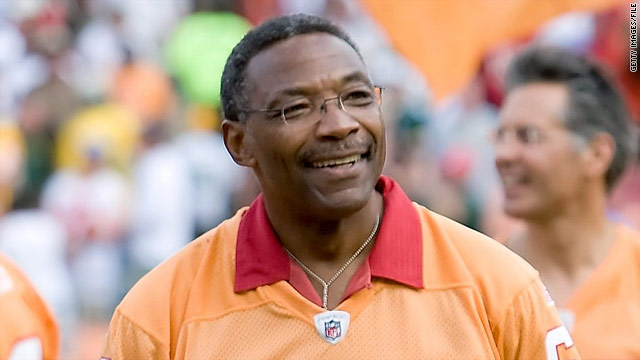 Lee Roy Selmon is inducted into the Buccaneers' Ring of Honor at halftime of a game at Raymond James Stadium in 2009.
September 4th, 2011
11:25 PM ET

The 56-year-old had been admitted to a Tampa, Florida, hospital after suffering the stroke Friday.

Selmon, a two-time national champion and three-time All-American at Oklahoma University, played nine seasons after the expansion Buccaneers made him the first overall pick in the 1976 draft. He was named NFL Defensive Player of the Year in 1979, when the Bucs made it to the NFC championship game.

He still is the team’s all-time leader in sacks (78.5) and forced fumbles (28.5) and is the only Hall of Fame member to have played all of his seasons with Tampa Bay.

“He not only helped define the Tampa Bay Buccaneers, but established himself as one of the best ever at the defensive end position,” Steve Perry, president of the Hall of Fame, said on the hall’s website.

END_OF_DOCUMENT_TOKEN_TO_BE_REPLACED 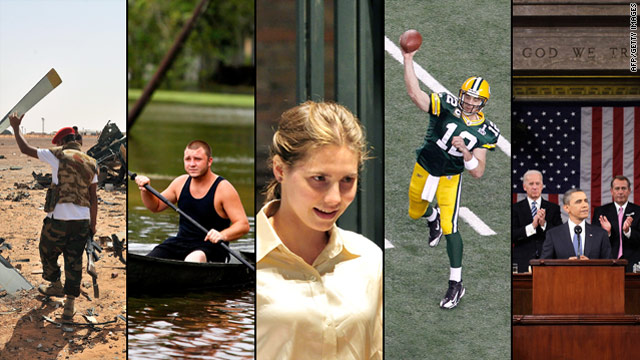 On a week that Americans take a holiday to honor workers, President Barack Obama and a prominent GOP challenger for the White House are scheduled to unveil their plans to create jobs in a country with a 9.1 percent unemployment rate. Here is a look at this and other stories that CNN plans to follow this week:

In front of a joint session of Congress on Thursday, President Barack Obama is expected to deliver a plan to create jobs and strengthen the economy , including longstanding proposals to boost infrastructure projects; complete free trade deals with South Korea, Colombia and Panama; and extend unemployment benefits.

White House Press Secretary Jay Carney told reporters last week to expect the president to announce both unilateral steps he can take and legislative proposals that would require passage by Congress.

END_OF_DOCUMENT_TOKEN_TO_BE_REPLACED

Authorities in southern Texas Sunday were investigating the death of a man whose body was found at the home of NFL player Antonio Smith.

The body of a 37-year-old male was discovered at the bottom of a swimming pool, said Bob Haenel, spokesman for the Fort Bend County Sheriff's Office.

Police do not suspect foul play.

An emperor penguin that lost its way from Antarctica more than two months ago was released back into his native Southern Ocean waters Sunday.

"It's an indescribable feeling to see a patient finally set free," said Dr. Lisa Argilla, manager of veterinary science at Wellington Zoo, where the bird has been recuperating since New Zealanders discovered it in June on a beach north of the capital city.

Argilla said the penguin, nicknamed "Happy Feet" after the 2006 animated movie about emperor penguins, needed "some gentle encouragement" to slide down a ramp off the research vessel that transported it back home. 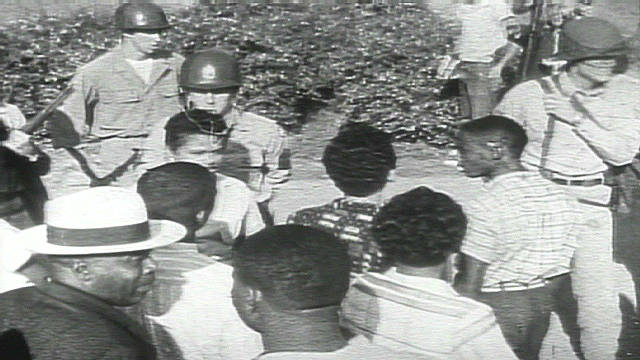 In 1954, the U.S. Supreme Court declared all laws establishing segrated schools unconstitutional. That meant African-American students could legally attend all-white schools. By 1957, the NAACP registered a group of nine black students to attend Little Rock Central High School in Arkansas.  The school board agreed to comply with the 1954 ruling and approved a plan for gradual integration that would start that school year.

On September 4, that group of students, later nicknamed the "Little Rock 9," attempted to enter Central High on the first day of school, but a crowd of angry students and hundreds of National Guardsmen blocked them from entering. The incident grabbed national attention - and the attention of President Eisenhower. As a result, the nine students attended the school under federal protection, opening the door for black students across the country. In today's Gotta Watch, we're featuring highlights from that historic day and reaction from the Little Rock 9 as they look back on their experiences three decades later.