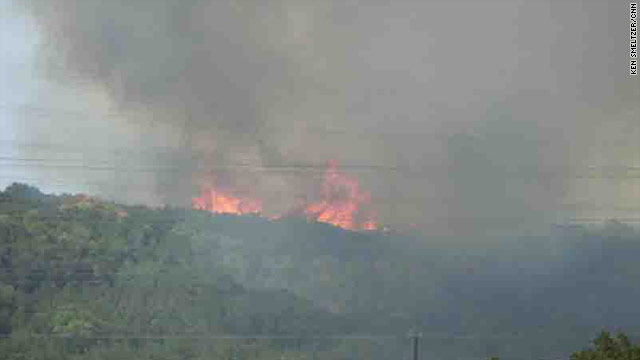 Satellite images Monday showed the fire stretching over about 25,000 acres, jumping the Colorado River and a highway, the Texas Forest Service said.

About 5,000 people have been evacuated from their homes, and more evacuations are likely as the fire spreads, officials said. Hundreds of people are in shelters as dangerous flames keep them from finding out whether their homes survived.

Texas is battling its worst fire season in state history. A record 3.5 million acres - an area roughly the size of Connecticut, according to Texas Gov. Rick Perry - have burned since the start of the season in November as hot and dry weather, coupled with a historic drought, made conditions ripe for rapid fire growth.

Another blaze in eastern Texas killed a mother and her 18-month-old child when flames engulfed their mobile home Sunday near Gladewater, the Gregg County Sheriff's Department said.

The fires were among more than 35 across the state, the Texas Forest Service said Monday. Officials said low relative humidity and strong winds from Lee, which made landfall as a tropical storm but has weakened to a tropical depression, fanned the flames.

A fire caused by a plane crash threatened 800 homes or structures in Tehachapi, California, on Monday, with nearly 5,000 acres ablaze in rugged terrain, according to state and local officials.

Six hundred firefighters were on the scene trying to corral the 4,759-acre fire.

A relief center has been set up at Jacobsen Junior High School in Tehachapi for evacuees.

[Updated at 5:15 p.m. ET] More than 100 homes in north suburban Atlanta were damaged by heavy thunderstorms and possible tornadoes as the remnants of Tropical Storm Lee swept through the area Monday, authorities reported.

At least one person was rescued from the basement of a collapsed home near Woodstock, about 30 miles north of downtown Atlanta, Cherokee County Emergency Management Supervisor Robby Westbrook told CNN. He said sheriff's deputies counted more than 100 homes damaged in a roughly five-mile stretch around the town.

And Cherokee County Fire Department spokesman Tim Cavender said several trees were knocked down around Holly Springs, about five miles north of Woodstock. But there were no immediate reports of injuries, he said.

The National Weather Service issued a series of tornado warnings for the area starting around 2:30 p.m. Tornado sightings and radar indications were reported across the northwest Atlanta suburbs throughout the rest of the afternoon.

[Initial post, 11:45 a.m. ET] Lee whipped up winds, dumped rain and caused severe flooding across a broad swath of the Southeast on Monday even after weakening to a tropical depression.

The storm will bring up to 20 inches of rain to some areas Monday as it moves into southern Mississippi, the National Hurricane Center said. 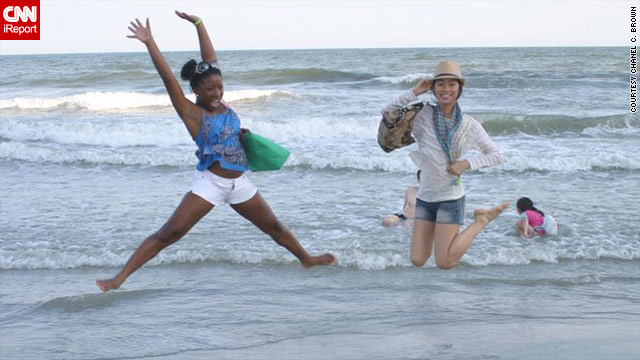 Overheard on CNN.com: No job, no time, no vacation

"Remember when the work day was 9-5?"–fugunancy

"Fareed Zakaria is completely out of touch with reality. Anyone in the U.S. who takes a vacation will be promptly fired. I know for a fact that I'll never take a vacation again for the rest of my working life."–WeirdMN

On this Labor Day weekend, columnist Fareed Zakaria urged Americans to take a break, saying that working longer, harder hours does not make for greater productivity. While some CNN.com readers agreed, many more expressed frustration, whether it was because they had no job, because they had no vacation or because they were afraid to use the time they had.

JB said: "It's not that I don't want to take vacation, but that I need a larger severance package. Many of us at my office view vacation as a safety net against layoffs. There have been several, and the severance package is 'generous' from the company perspective, but not if you have put in 10, 15 and 20 years for the company. There is nothing about getting laid off that makes it generous."

Steve Gastin said, "Wish I could get a job after two years of unemployment. Fifteen million unemployed have had enough vacation and are itching for work."¬Ý Swestey said, "No kidding. Maybe Fareed is stressed out and overworked, but there are plenty of Americans who do not even have jobs (or at least decent ones). Live in the real world for a while, Fareed."

END_OF_DOCUMENT_TOKEN_TO_BE_REPLACED

The Pakistani intelligence service has arrested a senior al Qaeda leader who sought to attack targets in the United States, Europe and Australia, the Pakistani military said Monday.

The intelligence service arrested Younis al-Mauretani and two al Qaeda associates in the suburbs of Quetta, Pakistan, the military said in a statement.

Osama bin Laden had asked al-Mauretani "to focus on hitting targets of economic importance in United States of America, Europe and Australia," with U.S. targets including gas and oil pipelines, dams and oil tankers, the statement said.

Security Clearance: Arrest yet one more blow for al Qaeda

Al-Mauretani was also involved in planning multiple attacks on European countries similar to those in Mumbai, India, in 2008, European intelligence officials told CNN last year. The man at the center of the alleged al Qaeda plot, Afghan German Ahmed Sidiqui, was detained in July 2010 and told interrogators that al-Mauretani helped with planning and coordination.

News of the arrest comes six days before the 10th anniversary of al Qaeda's attack on the United States, which killed nearly 3,000 people. It also comes as the United States and its allies have made major strides in its fight against al Qaeda.

Bush: no sense of jubilation at bin Laden's death

Former President George W. Bush says he experienced no pleasure when he heard about the death of Osama bin Laden, the al Qaeda leader responsible for orchestrating the deadly terrorist attacks of September 11, 2001.

"He was sitting in a restaurant in Dallas when the Secret Service told him that President (Barack) Obama wanted to speak to him. He then learned about the assassination," documentarian Peter Schnall told CNN in an interview set to air Monday. 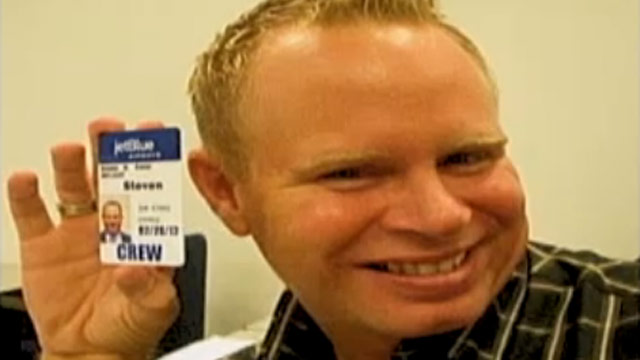 It's Labor Day, a day that honors all the contributions workers make to the well-being of the United States.¬Ý For many of you, Labor Day is a work-free holiday.¬Ý So, while you're out enjoying your barbecues and last days of Summer, we thought we would bring back some videos that highlight some less than exemplary members of the workforce.¬Ý¬Ý

Curse-and-slide technique - It's almost impossible to forget the infamous JetBlue flight attendant who gained notoriety in 2010 for his ability to quit in truly spectacular fashion.¬Ý Forget giving two-week notice. This guy cursed out a customer, grabbed a beer and slid down the emergency chute.

END_OF_DOCUMENT_TOKEN_TO_BE_REPLACED

The International Committee of the Red Cross has been granted access to a detention facility in Syria for the first time since unrest broke out in the country, the committee's president said Monday after meeting with Syrian President Bashar al-Assad.

On Monday, security forces killed six people during an ongoing crackdown in the province of Homs, according to the Syrian Observatory for Human Rights, an opposition activist group.

Syria has been engulfed in public protest for months, and the regime has been accused internationally of a crackdown on peaceful demonstrators. The government has maintained that it is targeting armed terrorists. But opposition activists say it is a systematic, sustained slaughter.

"Ensuring that the sick and the wounded have access to medical care will be among the particularly urgent humanitarian challenges to be addressed with the Syrian authorities," the Red Cross said in a statement.

The committee will initially be allowed to see only people detained by the Ministry of Interior, Kellenberger said, adding, "We are hopeful that we will soon be able to visit all detainees.

CNN.com Live is your home for the race toward the 2012 presidential election.