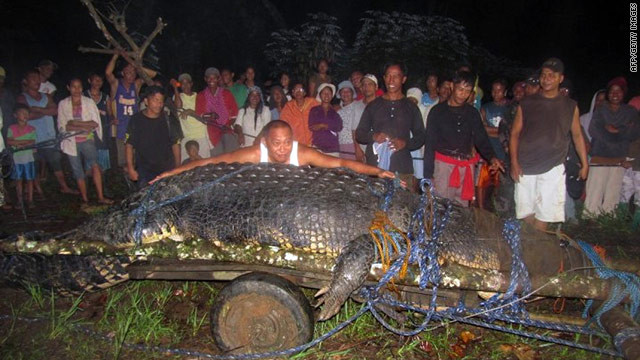 Edwin Cox Elorde, mayor of the remote town of┬Ā Bunawan near where the croc was caught, said the reptile will become the star of a nature park there, according to the AFP report.

Crocodiles are suspected in the deaths of a local fisherman earlier this year and a girl a few years ago, according to the news reports, but authorities could not say┬Āwhether the monster caught Saturday was responsible.

He also said the croc captured Saturday has been named Lolong, after local hunter Ernesto ŌĆ£LolongŌĆØ Conate, who died of a stroke while helping plan the capture of the reptile.