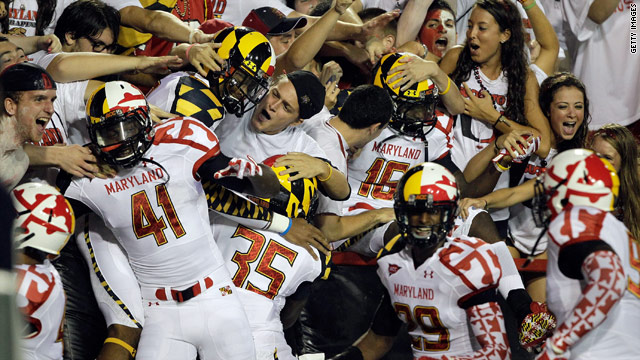 Maryland's new uniforms have sparked a large debate online about whether they are a great change or the worst uniforms ever.
September 6th, 2011
12:31 PM ET

When it comes to college football, everyone's got an opinion. Usually it centers on a quarterback or a blown call, but for the opening week of the 2011-12 season, the biggest uproar is about ... fashion?

There's no fury like a fierce fan's reaction to a slam on their team's colors or, apparently, changes to their squad's uniforms. Opening weekend is usually a chance for teams to make a statement about being ranked too low - or not at all - but this year, several teams are making a fashion statement.

Many observers have likened this year's opening weekend to attending an Under Armour or Nike fashion show.

Perhaps football is learning a lesson from tennis stars like Maria Sharapova or Venus and Serena Williams, whose custom getups have often drawn more attention than their backhands. Or perhaps football is looking to expand its demographic by making opening weekend about, "But what will they wear?"

You have to start with the Oregon Ducks, who know a thing or two about being criticized for uniforms, especially when they look like tennis balls. 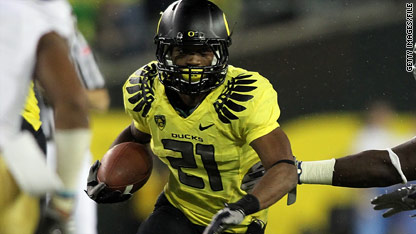 The Oregon team in 2010 sported a true neon look.

This year, you might say the Ducks were the most tame of those who changed up their looks. 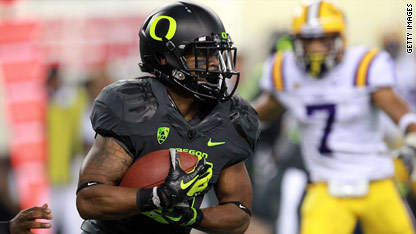 The team is known for its flashy outfits, but even though that neon yellowish-green remains an accessory, they looked more like a combat unit this weekend. And that's a compliment. Oregon - guided by a famous alum, Nike founder Phil Knight - paved the way for new designs, but it also paved the way for making a better team, and apparently setting a fashion trend (though there were some real bad decisions made in many cases).

This year, it appears the biggest uproar is coming from Maryland fans or anyone watching Monday's Maryland-Miami game on TV.

From the moment they entered the stadium, there was a collective "huh?" from most people watching. There was immediately a fierce debate, especially on Twitter and Facebook, about the Terrapins' outfits. Depending on which side of the aisle you fall, you see it as either an affectionate nod to their undying love for the state or a group of men headed to a Medieval Times joust. 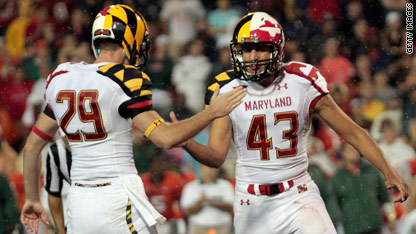 Maryland's new uniforms have caused an uproar among fans.

The Under Armour ad for the uniforms would have you believe the players were indeed going to battle, with their colors proudly emblazoned on their sleeves. (Like Knight, Under Armour's CEO, Kevin Plank, is just looking out for his alma mater.)

The divide over Maryland's uniforms appears to be equal, with venomous comments calling for the uniforms to be sacked and others applauding them for trying something new to add some spirit to the team. (Fret not, there are a few other Maryland alternatives out there.)

"Did you know if you held your smartphone up to a Maryland helmet last night, it would have scanned it as a QR code?" Toby Srebnik, a Florida State graduate who lives in Coral Springs, Florida, wrote on Facebook.

Some said it looked like a really bad Trapper Keeper from the 1990s.

Perhaps the most humorous comment on Facebook: “I blame the (Frederick, Maryland) power outage on TVs overloading from trying to display Maryland’s uniforms.”

Talk show host Jim Rome tweeted his thoughts on the uniforms by comparing them to Miami's recent problems with NCAA regulations.

"Whatever the NCAA does to Miami, it should double for Maryland. Those helmets truly demonstrate a lack of institutional control," he wrote.

Perhaps someone thought, "Hey, Miami is really distracted with the suspensions and this Nevin Shapiro business. What can we do to utterly destroy the 'Canes' concentration Monday night?" And yet it might have worked, as the Terps picked up the win.

That couldn't be said for some of the other teams taking heat for their unis this weekend.

The Georgia Bulldogs sported a look that had a lot of fans wondering whether they had been inspired by a Mighty Morphin Power Ranger or Gatorade Fruit Punch commercial. Others likened it to an XFL uniform, while those supportive of their Dawgs thought it gave them a sleek new look. Besides the head-to-toe red and the massive metallic strip along the helmet, there was the curious decision to place GEORGIA in all caps on the backs of the players' jerseys. 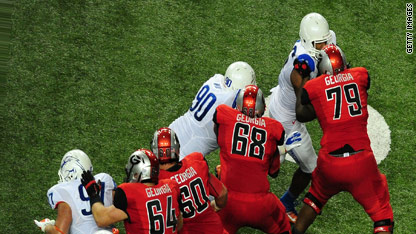 Georgia added a metallic flavor to their jerseys -- and scrapped player names.

The idea is a noble one. Just ask the New York Yankees or the U.S. men's national soccer team. Ditching the players' names says no one player is more important than the next, but team names are traditionally on the front, not on the back. The less football-savvy are left to wonder whether there's a heck of a lot of guys with the last name Georgia. Judging by comments online, it looked pretty foolish to a lot of people.

Food writer John T. Edge was among those who weighed in.

Which brings us to their opponents, Boise State. They went the other direction, perhaps in answer to the criticism they've faced over jerseys that match the turf on their home field. They've been called Smurfs, Cookie Monsters and the Blue Man Group, so they definitely dialed it down for the season opener this year. 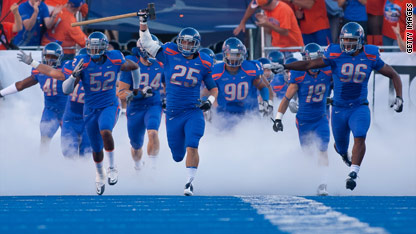 Boise State takes the field on their home blue turf in 2010.

Some fans felt they may have rushed out the uniforms before they were finished. Others wondered whether Napoleon Dynamite had scrawled the doodle on the helmet. 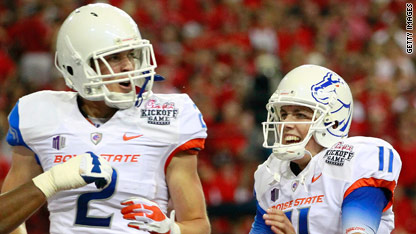 The Boise State Bronco is depicted on one half of the helmets. The other side is blank.

We could go on forever. We could talk about the Oklahoma State uniforms that looked like correctional facility outfits, perhaps leftovers Burt Reynolds shared after filming "The Longest Yard."

We could speculate about the pictures circulating of Arizona State's new look, which appears to have dropped the mischievous Sun Devil logo in favor of a pitchfork (Make your own Arizona State uniform here!)

But we'll leave it you, This Just In readers. Sound off below and tell us which uniforms you hated, which ones you loved and what you hope to see over the rest of the season - fashionwise, of course.